The theme of the Valdai discussion club — “War and peace”, so its members hope to hear from the President how the situation will develop in Syria. Another equally important topic is the implementation of “Minsk-2”. 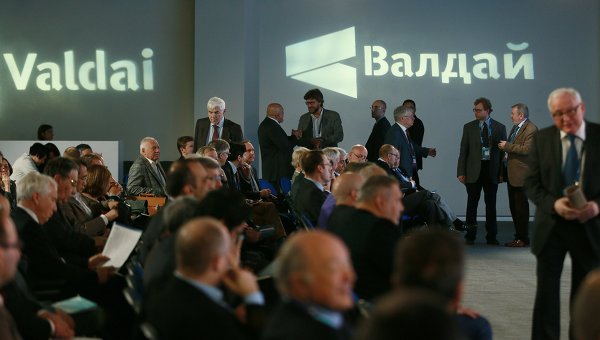 MOSCOW, 21 Oct. The participants of the XII annual meeting of the international discussion club “Valdai” in Sochi expect during his speech the President of Russia Vladimir Putin will give a detailed evaluation on three main themes: the crisis in Syria, the implementation of the Minsk agreements and the development prospects of the Russian economy, said a club member, Director of the Center for public administration and public policy, Carleton University (Canada) Piotr Dutkiewicz.

As reported earlier, the press service of the Kremlin, the theme of the plenary session of the Valdai club this year — “War and the world: man, the state and the threat of conflict in the XXI century”, attended by more than 130 experts and political scientists from 30 countries. Putin will take part in session on Thursday.

“As President Putin met with Bashar al-Assad, we expect to obtain information on how the situation will develop in Syria, what will be the further participation of Russia. We also hope that there will be presented a plan of peaceful, diplomatic settlement of the crisis in this country,” said Dutkiewicz, commenting on the Sunday visit of the Syrian leader to Moscow.

Another equally important topic, he said, is the implementation of the Minsk agreements, as well as the associated “expectations of the Russian leader towards the European community, including the aspect of lifting of sanctions”. “Given how peaceful they are now living through this process, I would like to hear which threats carry the risk of destabilization,” said Dutkiewicz.

Many of the participants of the meeting expect Putin’s speech regarding the internal situation in Russia. “We talk a lot about foreign policy situation, however, the future of Russia depends on domestic policy, from the Russian economy. What measures will be taken to help the economy in these difficult times? What she looks like? What’s the plan?” — stressed the Agency interlocutor.

To the question about which question he wished to ask the Russian leader, Dutkiewicz said, “I think it is very important linkage between domestic policies and external. Personally I would like just to know how to strengthen the Russian economy will affect Russia’s policy in international relations. Want to hear his comment”.