After completion of the work Saransk airport safety will meet all modern international standards. Construction will likely begin in early 2016. 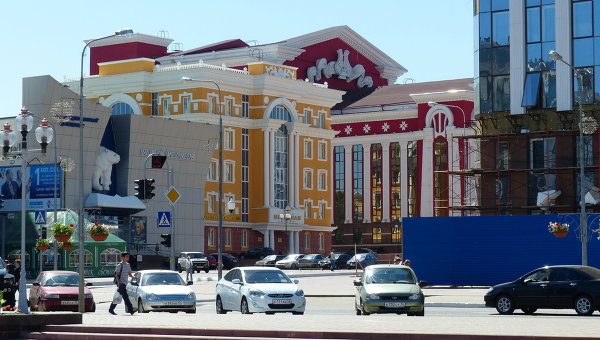 NIZHNY NOVGOROD, 22 Oct. The project of a new passenger terminal of the airport in the capital of Mordovia Saransk will be ready before the end of this year, announced Thursday in a press-service of the head of the Republic.

The reconstruction of the airport is carried out in preparation for the world football championship 2018. The head of Mordovia Vladimir Volkov believes that “the development of transport infrastructure is an essential part of preparation for 2018”.

“It is planned that the project for the terminal will be ready before the end of this year. Construction will likely begin in early 2016”, — said the Agency interlocutor, noting that under the project the terminal capacity is 450 passengers per hour.

Earlier it was reported that the reconstruction of the airport in Saransk in the years 2015-2017 will be sent to more than 3.5 billion rubles. First we will build more Parking places and a second aircraft, taxiway, replaced the coating of the runway and means of air traffic control.

“Now, according to preliminary data, on all works including construction of the new terminal will require about 5 billion rubles”, — noted in press service.

It is expected that after completion of the work Saransk airport safety will meet all modern international standards.

This year saranskogo the airport was awarded international status: in June, Prime Minister Dmitry Medvedev signed a decree according to which airport won the right to host international flights.