Prolongation of tolerance is based on incurred “Aeroflot” expenses, said the Ministry of transport of Russia. The carrier transferred to international destinations 55-56 “Transaero”. Other routes will be freely distributed to other companies. 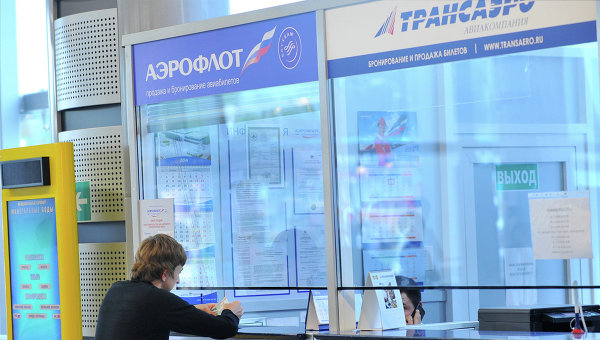 MOSCOW, 21 Oct. A temporary tolerance for “Aeroflot” on 56 international routes Transaero will be valid until October 30, 2016 with possibility of further extension, is spoken in the message of Ministry of transport.

“A temporary permit will be valid in the period from 26 October 2015 to 30 October 2016 with the possibility of further extension depending on incurred “Aeroflot” expenses”, — stated in the message. The decision was taken following the meeting of the interdepartmental Commission on the admission of carriers to performance of international transportation, in which participated representatives of the Ministry of transport, the MAYOR, FAS, Rosaviation, Rostransnadzor and the Federal tourism Agency.

Earlier, transport Minister Maxim Sokolov has informed that “Aeroflot” will be transferred 55-56 international routes “Transaero”, the rest will be in free distribution among other companies.

In the message of Ministry of transport it is noted that for the purpose of ensuring continuous air traffic and prevent massive failures of passengers who bought tickets for flights of “Transaero”, as well as to ensure jobs for employees of the company “Transaero” has decided on the extradition of the group of companies “Aeroflot” for temporary admission to 56 of 156 international routes “Transaero”.

Since the beginning of September as a group of “Aeroflot” took on obligations and expenditures to maintain operations, “Transaero” carried about 1.8 million passengers for that airline. Operations are conducted as private flights on other airlines. The company “Aeroflot” will continue to transport passengers “Transaero” till December 15, will also provide a refund for paid tickets with the departure date after December 15, more than 67 thousand passengers. In addition, taking into account the obtained traffic rights, airlines of Aeroflot group will employ more than six thousand employees of “Transaero”.