The turnover between Russia and Italy in 2014 fell to 48.5 billion dollars, and this year there is a reduction of almost a third. 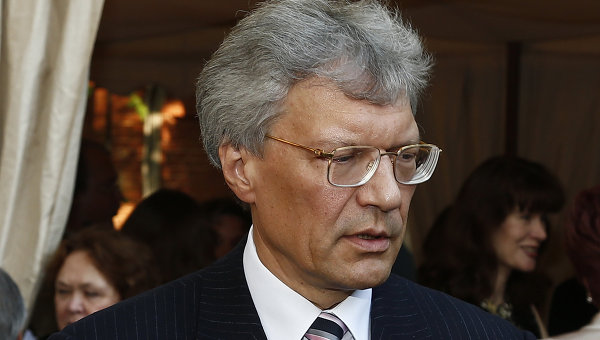 VERONA (Italy), 22 Oct. Natalia Shmakov. In mutual sanctions between the West and Russia it is important not to pass the “point of no return” and not lose much of the potential that has been accumulated over decades of mutually beneficial cooperation, said Russian Ambassador to Italy Sergei Razov.

Speaking at the IV Eurasian forum in Verona, Razov noted that up to 2013 the volume of mutual trade between Russia and Italy grew, reaching a record $ 54 billion.

“Last year the turnover decreased to 48.5 billion dollars, and this year there is a reduction by almost a third, including supplies from Russia by 30%, and Italian exports by almost 40%,” said Razov.

In his opinion, there are three main reasons that led to this.

“First, the decline in world energy prices, which constitute the bulk of Russian exports to Italy. Secondly, a sharp change in the exchange rate between the ruble and the Euro, which made less profitable the purchase of goods and services in the Euro area, including Italy. And thirdly, it sanctions”, — said the diplomat.

The Russian Ambassador stressed that sanctions are applied against Russia in violation of WTO principles and have long since lost any causal link with what is happening in Ukraine and around it.

“At this sensitive and historic stage in relations between Russia and the West is important for us, particularly against Russia and Italy, do not pass “point of no return”, losing much of the potential that has been accumulated over decades of mutually beneficial cooperation,” said Razov.

According to him, he assumes that all political crises are overcome sooner or later.

“Inevitably will be overcome and the Ukrainian crisis, which is the formal reason for the introduction of anti-Russian sanctions. Figuratively speaking, crises come and go, but national interests remain, and I am absolutely sure that the development and deepening of mutually beneficial cooperation between Russia and Italy is in our common interests,” he concluded.