United Russia is holding a meeting on the definition of candidates for deputies of the state Duma of the seventh convocation. The head of fraction Vladimir Vasilyev said that the voting procedure in the party shall be open, fair competition and is an institutional norm since 2009. 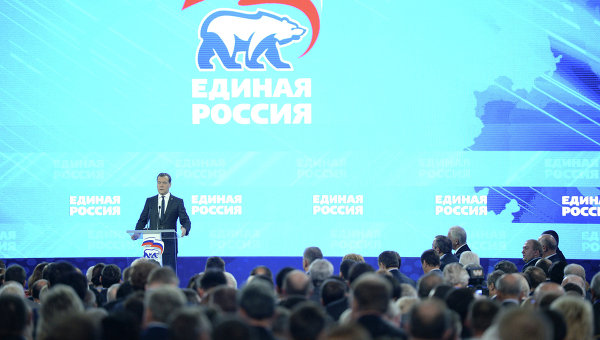 MOSCOW, 22 Oct. The head of the Duma faction “United Russia” Vladimir Vasilyev believes that the primaries has become the basic element of multi-party democracy.

On Thursday in the state Duma held a meeting of the faction “United Russia” on topic “discussion of the draft provisions on the Russian pre-party voting by definition of candidates for deputies of the state Duma of the 7th convocation”.

Opening the meeting, Vasilyev recalled that the document was presented on 15 October at a joint meeting of the Higher and General party councils, and then forwarded to the regional branch of the party for discussion.

The head of the faction said that “United Russia” became the first party that introduced the primaries. The development of the institution of preliminary voting has begun since 2006, when on the eve of elections to the State Duma developed a manual on forming personnel reserve of the party, which regional offices have begun the selection of candidates. This personnel reserve was formed the list of candidates of “United Russia” on elections in the state Duma of 2007.

“In 2009 the primaries was approved by Congress, it became a statutory norm, and at all levels of elections, all the candidates of the party had to go through this procedure. Primaries has become the basic element of multi-party democracy,” — said Vasilyev.

The MP noted that the procedure of inner-party voting is carried out openly, in an honest competitive struggle. “Due to internal party vote, we have expanded their talent pool, has opened up opportunities for political activities to the people who are actively expressing public opinion”, he concluded.