“Aeroflot” for a year gained access to the routes announced by the first Deputy President – Chairman of the Board VTB Vasily Titov. He added that VTB is closely monitoring the situation. 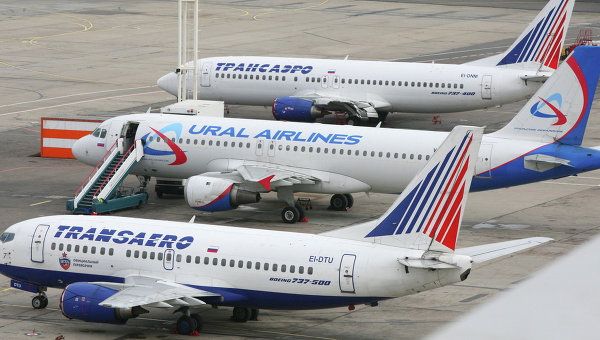 VERONA (Italy), 22 Oct. VTB, one of the creditors, Transaero, has not yet received official notification of a purchase by a shareholder S7 Vladislav Filev stake in the airline, said the first Deputy President — Chairman of the Board of Bank Vasily Titov. He added that VTB withdraws Transaero airlines leasing the planes.

On Tuesday evening it became known that the group shareholder of S7 airlines Filev has signed an agreement to purchase not less than 51% of actions “Transaero”.

“Official notification we have received… We are not worried about this deal… We are not afraid of the situation with the purchase of a share, any normal situation we welcome,” said Titov on Thursday on the sidelines of the Eurasian forum. The fourth Eurasian forum held jointly by the Fund forum and the Association “conoscere Eurasia”, whose interaction has been sealed with the signing of a Memorandum of cooperation on 20 January 2015. SPIEF 2012 has been holding international sessions and supporting international business events in key regions of the world, including Eurasian forum.

Transaero airlines has been unable to service debts, which form together with the leasing obligations of about 250 billion rubles. Her tickets aren’t sold, but flying the airlines is prohibited from October 26. Passengers transported by the airlines of Aeroflot group, and others. The Ministry of transport on Wednesday announced that “Aeroflot” for the year (until 30 October 2016) will get the admission on 56 international routes “Transaero” with the possibility of further extension.

“Yesterday some things happened, we seized the aircraft. “Aeroflot” for a year gained access to the routes”, — said Titov. Earlier this week, a representative of VTB group reported that “VTB Leasing” have filed claims for the recovery of arrears with Transaero. As reported a week earlier, the head of VTB Andrey Kostin, the airline for two months does not pay VTB leasing aircraft. According to him, leasing is the duty of “Transaero” in front of “VTB Leasing” is 40 billion rubles.

Titov added that VTB is closely monitoring the situation. “Any legislative action is welcome. Our interests we will provide all possible ways… the Problem is: a lot of small creditors lose the ability to enforce their requirements if they are not decorated, and this specific problem, tension. So they want these requirements banks were recorded,” — said a top Manager.