No third country should have the right to influence the actions of the Association agreement with the EU, said Prime Minister of Ukraine Arseniy Yatsenyuk. 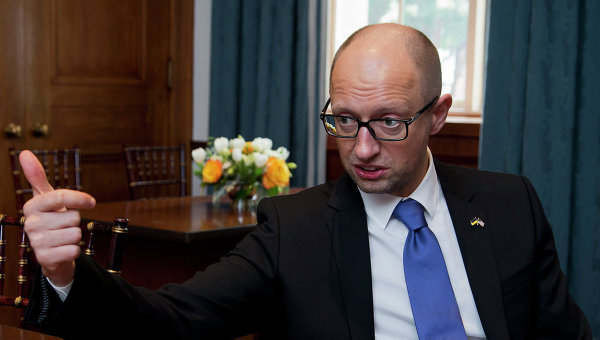 KYIV, 22 Oct. The agreement on free trade zone between Ukraine and the EU will enter into force on 1 January 2016 and no third country, in particular the Russian Federation, should not affect its action, said on Thursday Prime Minister of Ukraine Arseniy Yatsenyuk.

The FTA between Ukraine and the EU, the introduction of which is envisaged by the Association agreement, should operate in full on 1 January of the following year. Russia has repeatedly warned about the risks to its economy from the agreement. It is expected that the next expert meeting on Association Ukraine-EU will be held in late November or in December 2015.

“The Association agreement with the EU should enter into force on 1 January 2016. The agreement between Ukraine and the EU, therefore, no third country should have the right to affect the validity of this agreement. I am speaking primarily of the Russian Federation”, — said Yatsenyuk during a joint briefing with the Prime Minister presiding in the EU of Luxembourg Xavier Bettel.

Russia is concerned with the introduction from 1 January 2016 in the provisions of the FTA and fears of an influx of duty-free goods from the EU through Ukraine. Kiev and the EU try to come to a compromise with the Russian side.

Earlier, the head of the Ministry of economic development Alexei Ulyukayev said that Russia insists on signing EU-Ukraine legally binding instrument on the lifting of the economic risks the Russian Federation of their associations, but so far sees from the partners “rather negative” signals. He confirmed Russia’s intention in the absence of agreements from 1 January 2016 to cancel Ukraine’s preferential trade regime and to enter predamage.