The delegation of Ukraine headed by Prime Minister Arseniy Yatsenyuk will visit Berlin with the aim of strengthening economic cooperation and the opening of the Ukrainian-German economic forum. 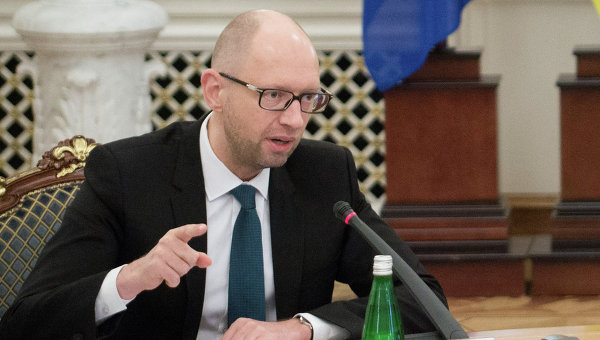 KYIV, 23 Oct. The government delegation led by Prime Minister of Ukraine Arseniy Yatsenyuk on Friday to visit Berlin, which will host the Ukrainian-German economic forum will be signing of an agreement with the European Bank for reconstruction and development (EBRD) for 300 million euros for the purchase of gas by Ukraine, reports the press service of the Ukrainian Cabinet of Ministers.

In the framework of the visit negotiations of the head of the Ukrainian government with the Federal Chancellor of Germany Angela Merkel. According to the Cabinet, in the centre of attention of leaders of both countries will have the entire complex of bilateral issues — the peace process, strengthening of economic cooperation, support the progress of economic reforms and internal reforms in Ukraine, security and cooperation.

Yatseniuk and Merkel will open a large-scale Ukrainian-German economic forum, which will take more than six hundred representatives of leading German companies that are interested in the creation, expansion and development of cooperation with Ukraine and representatives of Ukrainian business.

“Continuing the series of world events for the investment potential of Ukraine, the Berlin forum will be a large-scale international meeting is to inform foreign partners on the progress of reforms in our country, the results achieved and the prospects of further capital raising in the development of the national economy”, — reports a press-service.

It is also assumed that in Berlin will be signed important documents, in particular, in the framework of the forum will be concluded a bilateral agreement on the establishment of the German-Ukrainian industrial chamber of Commerce, which aims to significantly strengthen the presence of German business in Ukraine.

“During the visit it is planned to sign a loan agreement with the European Bank for reconstruction and development on granting the Ukrainian party of 300 million US dollars for the purchase of natural gas on the Western border”, — informs the Ukrainian Cabinet of Ministers.

Earlier, the head of “Naftogaz of Ukraine” Andriy KOBOLEV said that the company expects to sign with the European Bank for reconstruction and development loan agreement for $ 300 million on Friday in Berlin.

Funds are provided under guarantees of the Ukrainian government and will be used to Finance the purchase of natural gas on the European market. Earlier, the Cabinet of Ministers of Ukraine approved the plan for the reform of corporate management of “Naftogaz”, which will allow you to get the EBRD loan ($300 million) and the world Bank (500 million dollars). The agreement with the WB may be concluded at the end of the current year.