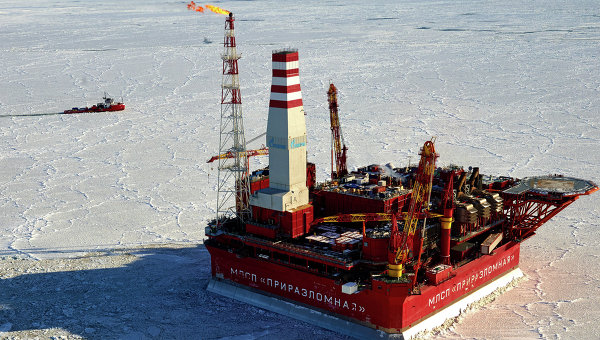 MOSCOW, 23 Oct. Oil and gas company has reduced the amount of drilling on the Russian shelf by about 50% compared with last year, reported to the President of the Russian Federation Vladimir Putin the Minister of natural resources Sergey Donskoy.

According to him, the physical volumes of prospecting, exploratory drilling, seismic survey, in the whole country, fell “roughly in proportion to the volume of declining investment, private investment that we have 10%”. “The most significant decline occurred on the shelf. The company drilled, but not in the volumes that were developed, for example, in the past year. The decrease of approximately 50%,” — said Donskoy.

“It is natural. It happens all over the world,” — said in turn the President.

The Minister also recalled that the volumes of prospecting works at the expense of means of the Federal budget in 2015 compared to 2014 year 20% and amounted to 28.4 billion rubles.

“In terms of means of subsoil users, the situation is different. Although they too have declined (as we had predicted based on investment restrictions) by 10% compared to last year of 310 billion rubles, it is necessary to consider that last year the investments amounted to 350 billion rubles. This was the maximum amount of investment over 20 years, in principle, for the entire Russian period, after the Soviet Union”, — said the head of the Ministry of environment.

“Revenues to the Federal budget from one-time payments amounted to about 37 billion rubles. That’s about 8 billion more than the planned indicators. Of course, they also decreased compared with last year. Before that, of course, the situation was slightly more positive,” he added.