The Bank of Russia on Friday revoked the licenses of banks “Eurocommerce”, “Greenfield” and Doris Bank. The Agency on insurance of contributions for the payment of compensation to their depositors no later than October 29, will select the agent banks. 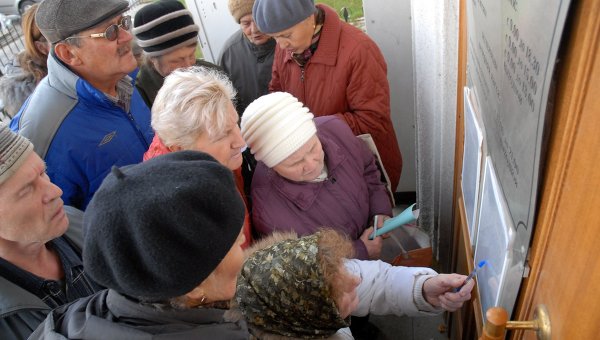 MOSCOW, 23 Oct. Payments to depositors of the Bank “Eurocommerce”, “Greenfield” and Doris Bank in which the Bank of Russia on Friday has withdrawn the license, will begin no later than November 6, according to the Agency for Deposit insurance (DIA).

“For operational reception of statements of citizens and the fastest possible payment of compensation on deposits DIA intends to use the agent banks. In accordance with the decision of the Board of ACB, such agent banks will be selected on a competitive basis no later than October 29, 2015”, — stated in the message.

According to the Central Bank, by total assets on October 1, 2015, the Bank “Eurocommerce” was ranked 251st place in the banking system of the Russian Federation, Bank Greenfield — 333-place, the Bank Doris — 341-e a place.