In one of the laws of the United States has a point about the democratization of the Russian Federation, said President Vladimir Putin. He noted that Russia, for example, the U.S. could also claim the need of democratization of States, but it is at least impolite. 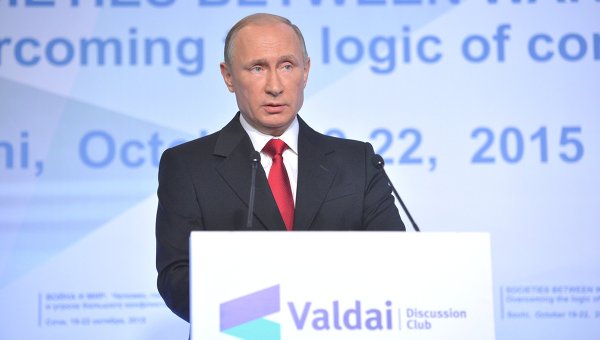 KRASNAYA POLYANA (Sochi), 22 Oct. Russia for example the US could say about the necessity of democratization of States, but it’s at least rude, said President Vladimir Putin.

“Another colleague says that this is a wrong interpretation that the United States wants to change the political system of power in Russia. It is difficult to agree with your interpretation. If right in the law of the United States, in my opinion, it’s about the Ukraine, but Russia is explicitly mentioned: the objective is democratization of the Russian Federation”, — Putin said at the plenary session of the discussion club “Valdai” on Thursday in response to a replica of one of the participants.

“Can you imagine us in its internal law would aim to democratize the United States? This, at least, impolite,” he said.