Earlier, the rector of Moscow state University appealed to the President of the Russian Federation Vladimir Putin with the request to support and thereby to launch the beginning of the design and construction of scientific and technological valley “Vorobyovy Gory”. 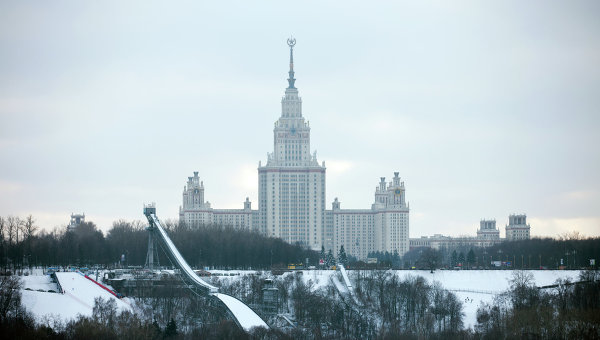 MOSCOW, 22 Oct. The necessary preparatory procedures are completed and the time of the project implementation scientific and technological valley “Sparrow hills”, created under the auspices of MSU, reported on Thursday the rector of MSU named after M. V. Lomonosov Victor Sadovnichy in an interview with channel “Russia 24”.

Earlier, the rector of Moscow state University appealed to the President of the Russian Federation Vladimir Putin with the request to support and thereby to launch the beginning of the design and construction of scientific and technological valley. According to Sadovnichy, she will be the missing link that will lead to advances in basic science to real practical results.

“The stage has come when you need to start implementing. Now we have already passed the necessary procedures and public hearings. We identified the academic Council, the number of clusters, which clusters. We understand about which the Corporation will be with us to cooperate,” — said Sadovnichy.

“Our country needs to be powerful, technically equipped, economically strong, not dependent on chance. We came up with and suggested that we should organize scientific and technological valley. This valley is the interface between the departments, laboratories, basic science and inquiry corporations”, — he added.

Currently, the site of Moscow state University held the second Congress on interaction of science and business. “Today’s Congress is of great importance for Moscow University undecided in their future development,” — said Sadovnichy.

MSU took 108 place in the QS world ranking of universities, as one of the leading universities of the Russian Federation. In 2015, Russia has advanced considerably in the list of the best educational organizations in the world.

“I think this is a trend, said the rector of Moscow state University. — We have now in the country is given serious consideration, including financial support to universities, so that they could fight for their quality, for the entry in the rankings.” Thus, according to him, the main task “not to fight for places and to work today better than yesterday”.

From 2005 began the development of the new territory of the Moscow state University. Built Shuvalov and Lomonosov academic buildings and a medical centre. The apogee of the development of the new territory will be the establishment of scientific and technological valley “Sparrow hills”, which should become analogue of Silicon valley in the United States. It is planned to construct by 2018.