Italy is ready to support the project of import substitution, which Russia holds, providing new technology, said the head of Ministry of economic development of Italy Federica Guidi. 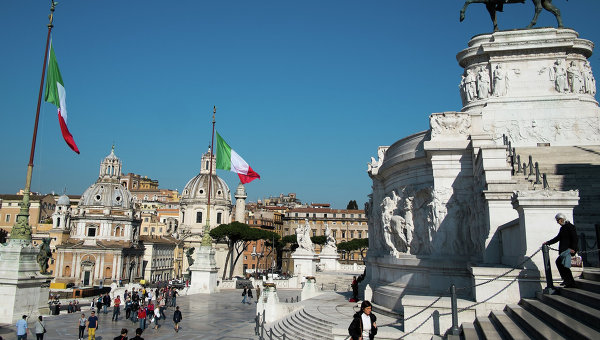 VERONA (Italy), 23 Oct. Natalia Shmakov. The head of the Ministry of economic development of Italy Federica Guidi hopes that all difficulties in relations between Russia and the West will be permitted.

Speaking at the IV Eurasian forum in Verona Guidi noted that Russia has always been a major element of the Eurasian education, adding that Italy has always supported the idea to continue dialogue with Moscow.

“I hope that the current situation, which darkens the relationship, will be passed and that soon a solution will be found that will allow to establish relations between countries,” said Guidi.

Speaking about the sanctions, the Italian Minister said that they were introduced not to cause trouble for Russia, and economic losses — this is the price that “we have to pay for them.”

“The embargo that Russia introduced against agricultural products is also a problem. But we can create a system so that those sectors that have not suffered from sanctions, he continued to work,” she said.

According to her, Italy is ready to support the project of import substitution, which holds Russia by providing new technologies.

“Italy welcomes the promotion of a constructive dialogue, we must promote trade and economic relations. And I believe that, despite the fact that today, it is still certain problems, we can, by joining forces and developing cooperation, to respond to the challenges before us,” she concluded.