To run commercial flights on helicopters “Heliport Russia” has submitted to Federal Agency of air transport documents to obtain an operator certificate. Now the company is working to create a route network. 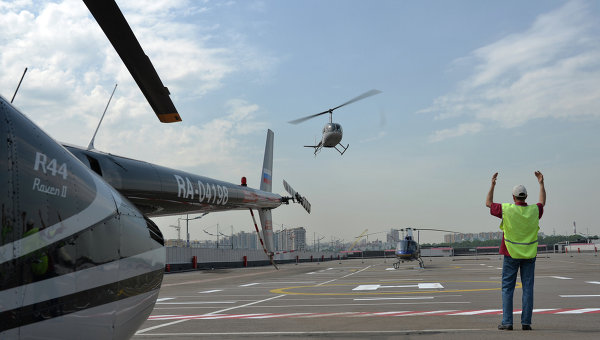 SAMARA, 24 Oct. “Heliport Russia” has submitted to Federal Agency of air transport documents to obtain the certificate of the operator, told journalists the Chairman of the Board of Directors of the company Alexander Khrustalev.

“We have filed documents to the Federal air transport Agency. The business plan we have reserved. We hope that by the end of the year we will receive the documents,” he said.

Khrustalyov noted that the company is working to establish the route network and on the service ticket. According to him, it is assumed that the operator certificate will be received after 3-4 months. The volume of investments will amount to about $ 400 million.

Earlier it was reported that “Heliport Russia” intend to submit an application in Rosaviation on the certificate of the operator to perform commercial flights in helicopters. It was assumed that the airline will fly the route “Moscow-St. Petersburg”, then in other cities of Russia. About a hundred points of departure “Heliport” was going to create until the end of the 2018-2019 year.

Network “Heliport Russia” includes three helicopter complex on the territory of Moscow region. In addition, the construction of centers in Ulyanovsk and Kaluga, signed an agreement to open the complex in Krasnodar, negotiations are underway for the opening of sites in Kazan, Krasnodar, Sochi, Rostov, Ufa, Vladivostok, Russia, Belgorod, Tyumen and Yekaterinburg.