The rating Agency explained the downgrade of Austria that the country has a relatively high debt and the prospect of weak economic growth. 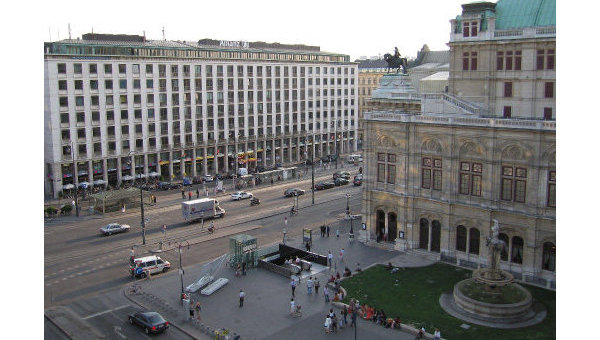 MOSCOW, 24 Oct. International rating Agency Moody’s on Friday downgraded the credit rating of Austria from stable to negative, while affirming it on the level “Aaa/P-1”, the message of the Agency.

“The main reason for Moody’s decision to change the Outlook from stable to negative is the expectation of weak economic growth in Austria in the medium term, which poses difficulties for a substantial reduction in the relatively high public debt of Austria until the end of this decade”, — explained in the release of the Agency.

Also pointed out that the real Austrian GDP has barely grown since 2012. According to the Agency, this is partially due to subdued external and domestic demand, but also reflects supply factors that limit the growth potential of Austria. “At the time, as there are some signs that economic growth will gradually accelerate in next year, primarily due to the recovery of private consumption tax reform 2015-2016, the growth potential for Austria has remained significantly lower than it was before the crisis,” noted Moody’s.

In the short term and potentially for a longer period, the domestic investment climate is likely to remain moderate, the Agency said. The reaffirmation of rating “Aaa/P-1” indicates strong economies of Austria and its limited susceptibility to shocks, according to the release.

In March the international rating Agency S&P affirmed the long-term and short-term credit ratings of Austria in foreign and national currencies at the level “AA+/A-1+” with a stable Outlook.