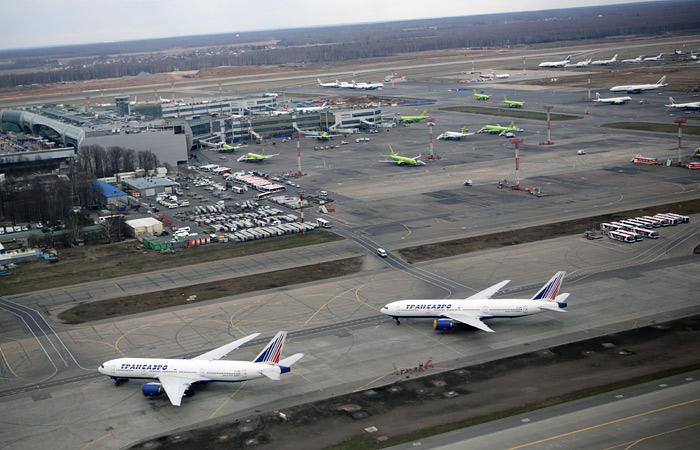 Moscow. October 23. A number of creditor banks of the troubled airline “Transaero” has declared its readiness to consider the various options for debt recovery, including bankruptcy of the carrier.

VTB group has not received any official concrete proposals from the owners of airline “Siberia” spouses Filevich, said the representative of the Bank. In VTB added that the Bank is open “to any constructive proposals that will make possible the return of the debt “Transaero”.

In a press-service of IFC, the Agency stated that “to convert part of the debt-equity decision, we were talking about originally”. “It is now being discussed with S7”, – said the representative of the Bank.

Chairman of the Board of PSB Artem konstandyan said that credit institutions follow the development of events. “We see that the situation is heading for bankruptcy “Transaero” and prepare for it. But bankruptcy is a bad way for the company, its customers and the market as a whole, so we are ready to consider alternative solutions to the situation,” he said.

The press service of the ICD confirmed that the plan of taking the company out of crisis approved by the creditors ‘ Committee and assumes the conversion of debt “Transaero” in the capital of the merged company, which is planned to include a “Siberia”, “Transaero” and “globe”. The representative of the ICB added that is not yet determined, converted all debt to the creditors of the company or part of it. “This issue is being discussed”, – said the press service.

As previously reported, the airline “Transaero” has accumulated excessive debts and having the fleet in September was in the verge of bankruptcy, forcing the state to look for options to save her. It was assumed that 75% + 1 share of the carrier will be sold to Aeroflot for 1 ruble, but shareholders “Transaero” were not able to consolidate the required stake. As a result “Aeroflot” has refused the offer, and statements of relevant officials was to ensure that the option of bankruptcy of the airline seems to be the only one possible.

However, on Tuesday it became known that the owner of PJSC “Airline “Siberia” (enters into group S7) Vladislav Filev has signed an agreement to purchase Alexander Pleshakov “not less than 51% of actions “Transaero”.

However on Wednesday, the Federal air transport Agency reported that the certificate of the operator “Transaero” will be cancelled on October 26. The head of Department Alexander Neradko stressed that the Agency had not received any official information about the acquisition of Transaero, S7 airlines.

With the beginning of the week to the “Transaero” has received claims from the bankruptcy of the largest creditors of the company – Alfa-Bank and Sberbank, plans to file a claim for bankruptcy of air carrier stated VTB.