Sanctions of Ukraine against air carriers of the Russian Federation will come into force on 25 October. The Russian side proposed to lift all existing restrictions on direct flights between the countries, Kiev is ready to discuss them removing only with transit. 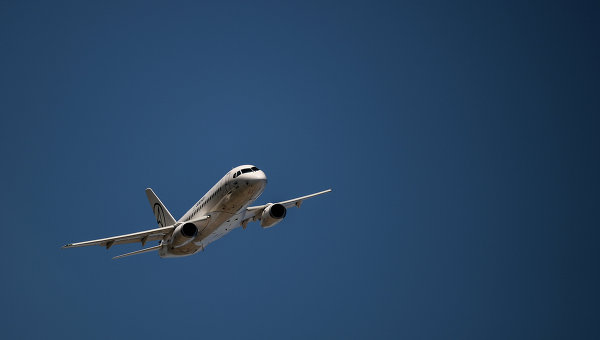 MOSCOW, 23 Oct. The Russian delegation at the talks suggested that the aviation authorities of Ukraine to remove all existing restrictions on direct flights and transit for Russian and Ukrainian airlines, the Ukrainian side, in turn, offered to discuss the withdrawal with their only transit, is spoken in the message of Federal air transport Agency.

This discussion with the participation of Russian and Ukrainian delegations took place on Friday in Brussels. The Russian delegation was headed by the head of Rosaviatsia Alexander Neradko, Ukrainian — acting Chairman of the state aviation administration of Ukraine Eduard Demin. According to the report, the negotiations were held in connection with the received in the Federal air transport Agency requests of the Ukrainian companies to take measures to maintain regular air traffic between the cities of Russia and Ukraine.

The essence of the Russian proposal is also that starting from October 25, 2015 the Ukrainian government has not applied such measures as the persecution of crews, searches of aircraft, the imposition of fines on Russian airlines performing flights to Crimea, the Federal air transport Agency.

According to Rosaviatsia, “probably due to lack of authority” the Ukrainian side are unable to discuss these proposals and instead offered to consider removing mutual restrictions only on the transit flights. However, the abolition of restrictions on transit flights will not solve the main issue — the preservation of regular flights between cities of Russia and Ukraine, as requested by Ukrainian airlines and in the interests of airline passengers.

Ukraine earlier reported that completely stops air communication with the Russian Federation since 25 October. In response, Russia took the mirror measures in relation to Ukrainian airlines. The Federal air transport Agency later noted that airlines of Ukraine has asked Russian authorities for permission to performance of flights in the Russian Federation in the winter on a number of routes.

A source in the aviation industry reported on 20 October that low-budget “daughter” Aeroflot — airline “Victory” — plans to apply to operate flights between Moscow, Kiev and Odessa, since the winter schedule 2015.