Flights to Odessa will be operated daily with departure from Minsk at 13:00, back, the plane will depart at 14:20 local time. The company noted that the opening of such a flight is a good opportunity for the development of transit flow through Minsk. 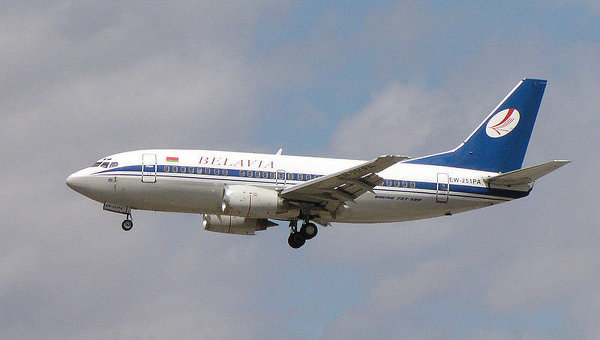 MINSK, 25 Oct. Nina Gurin. Belarusian airline “Belavia” beginning on Sunday, the flight between Minsk and Odessa, according to the airline.

From October 25 to Russia and Ukraine has suspended direct flights. Previously, the Belarusian aviation authorities expressed readiness to ensure the transit of passengers travelling in the direction between Russia and Ukraine.

According to the airline “Belavia” flights to Odessa will be operated daily with departure from Minsk at 13:00 (same as GMT), from Odessa — at 14:20 local time. The journey time will be 1 hour 30 minutes. Flights are planned to be performed on the aircraft Boeing 737-500.

“Open the flight for us is a good opportunity for development of transit flow through Minsk. The dock is convenient, and the wait time is minimal,” — gave the press service of the airline speech of the General Director Anatoli Gusarov.

Now “Belavia” performs three trips to Ukraine: in addition to Odessa, two in Kiev already being implemented. However, the airline prepared to consider the possibility of expanding the geography of flights from Minsk to Ukraine, as well as increasing the frequency of flights between Kiev and Minsk.