The last flight from Kiev to Moscow took off at 20.40, the flight from Moscow to Kiev should arrive at 23.35, after that direct flights between Russia and Ukraine will be suspended. 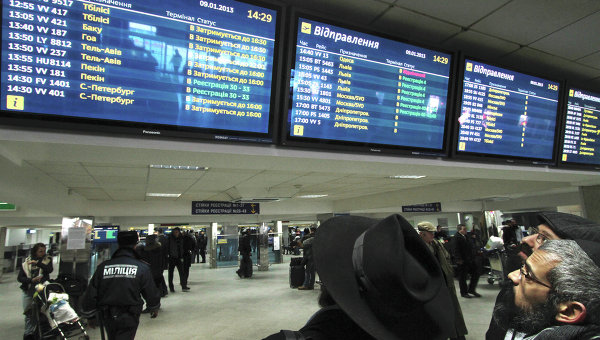 KYIV, 24 Oct. The last before the planned cessation of direct flights flights from Kiev to Moscow took off at 20.40 (time coincides with Moscow), according to the electronic scoreboard airport of Kiev “Boryspil”.

Ukraine earlier reported that completely stops air communication with the Russian Federation since 25 October. In response, Russia took the mirror measures in relation to Ukrainian airlines. The Federal air transport Agency later noted that airlines of Ukraine has asked Russian authorities for permission to performance of flights in the Russian Federation in the winter on a number of routes. A source in the aviation industry reported on 20 October that low-budget “daughter” Aeroflot — airline “Victory” — plans to apply to operate flights between Moscow, Kiev and Odessa, since the winter schedule 2015.

The representatives of Ukraine and Russia held technical consultations in Brussels on the issue of air service. The Russian delegation at the talks suggested that the aviation authorities of Ukraine to remove all existing restrictions on direct flights and transit for Russian and Ukrainian airlines, the Ukrainian side, in turn, offered to discuss the withdrawal with their only transit, said the Federal air transport Agency following the meeting on Friday. Consultation is still continuing, but the decision of Kiev to suspend the flights, according to the Minister of infrastructure of Ukraine Andriy Pivovarsky, remains in force.