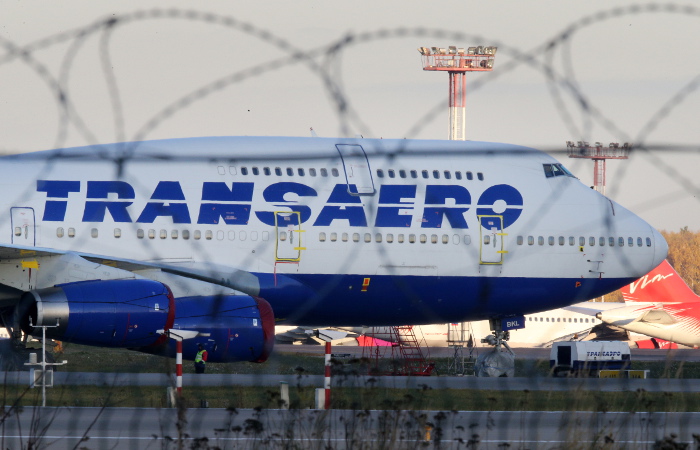 Moscow. October 25. The airline “Transaero” by Sunday evening will stop flights in connection with cancellation of the air operators certificate.

As explained by the representative of Rosaviation, from 00:00 hours GMT on 26 October, the Federal state unitary enterprise “state ATM Corporation” has no right to service aircrafts “Transaero” in connection with absence of the certificate.

In this regard, all flights arriving after 00:00 GMT on 26 October will not be met.

As previously reported, the airline “Transaero” has accumulated excessive debts and having the fleet in September was in the verge of bankruptcy, forcing the state to look for options to save her. It was assumed that 75% + 1 share of the carrier will be sold “Aeroflot” for one ruble, but shareholders “Transaero” were not able to consolidate the required stake. As a result “Aeroflot” has refused the offer, and statements of relevant officials was to ensure that the option of bankruptcy of the airline seems to be the only one possible.

However, on Tuesday it became known that the owner of PJSC “Airline “Siberia” (enters into group S7) Vladislav Filev has signed an agreement to purchase Alexander Pleshakov “not less than 51% of actions “Transaero”.

However on Wednesday, the Federal air transport Agency reported that the certificate of the operator “Transaero” will be cancelled on October 26. The head of Department Alexander Neradko stressed that the Agency had not received any official information about the acquisition of Transaero, S7 airlines.