The Tu-154M version of “the Salon” will carry official passengers in the state aviation of the Russian Federation, countries of near and far abroad. 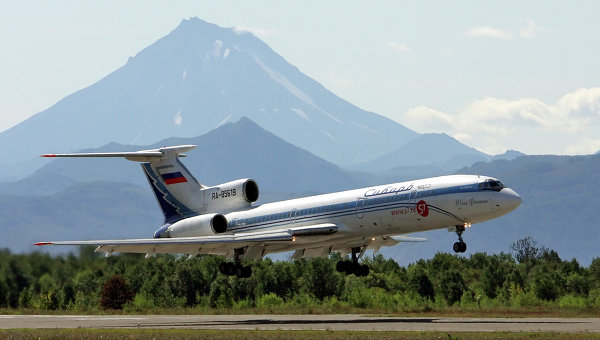 MOSCOW, 25 Oct. The Ministry of internal Affairs (MVD) of Russia has announced a repeated auction for the supply of Tu-154M for internal traffic, reducing the initial (maximum) price of the contract by almost 1.4 billion rubles to 200 million rubles, follows from the application posted on the portal of public procurement.

According to the previous auction, the initial (maximum) price of 1.6 billion rubles, by the end of the due date not submitted a single application for participation. Documents for a new tender are accepted until November 11, electronic auction is scheduled for November 16. The vehicle must be delivered before 23 December 2015 at 3553 military unit of internal troops of the MIA of Russia in the Moscow oblast (Shchyolkovo-10).

As noted in the terms of reference, the Tu-154M version of “the Salon” should be designed for the carriage of official passengers in the state aviation of the Russian Federation, countries of near and far abroad.

The aircraft should be issued not earlier than 1991 and have the rest assigned resource is not less than 48 flight hours thousands and 18 thousands of flights. The passenger cabin should ensure to carry 41 passengers, including five passengers in first class, 12 people — in the second grade, 24 students in the third grade.