If the Japanese company will launch the production in Kyrgyzstan, they will have access to the EEU market size of 180 million people, said the President of the country Almazbek Atambayev. He noted that in Kyrgyzstan very favorable conditions for doing business. 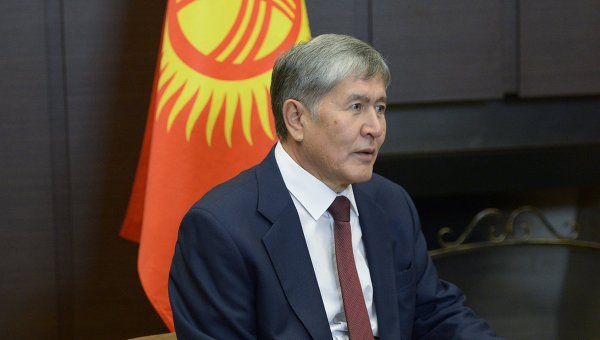 BISHKEK, 26 Dec. The President of Kyrgyzstan Almazbek Atambayev invited Japanese businessmen to establish production in the Republic to enter the markets of the Eurasian economic Union (EEU).

“I hope that during the investment forum our businessmen to establish direct contacts and interaction. In August, the Kyrgyzstan joined the Eurasian economic Union, and in this context between countries (Kyrgyzstan and Japan — ed.), new perspectives of cooperation. The one who enters the market in Kyrgyzstan, has access to the EEU market size of 180 million people. We have the most liberal legislation, the tax regime, the lowest in the EAEU electricity rates, the most liberal currency regime, enabling the seamless movement of capital. We therefore invite Japanese businessmen to establish production on the territory of Kyrgyzstan with the prospect of entering the markets of the EEU”, — said Atambayev at talks with Prime Minister of Japan Shinzo Abe on Monday in Bishkek.

According to him, during the talks in Bishkek revealed a “complete lack of fundamental differences, hindering the development” of relations between the two States. Atambayev stressed that the meeting in narrow format heads of States “were able to exchange views on very difficult issues”. “We had the opportunity to compare notes and, hopefully, these talks will provide the basis for further development of our relations”, — he said.

In turn, Japanese Prime Minister stated that “I would like to change the dimension of cooperation in all spheres of interaction between countries on the results of this visit”.

Prime Minister Shinzo Abe on Thursday departed on official visits to Mongolia and the countries of Central Asia, which will run until 27 October, the visit to the three countries — Turkmenistan, Tajikistan and Kyrgyzstan will be the first such trip of the head of the Cabinet of Ministers of Japan. On the trip Shinzo Abe will be accompanied by 50 representatives of Japanese companies.