Following the talks, agreements were reached that Japan in 2016 Kyrgyzstan will allocate funds on a grant basis for the improvement of roads of international importance and the implementation of joint projects for the supply of Japanese agricultural machinery. 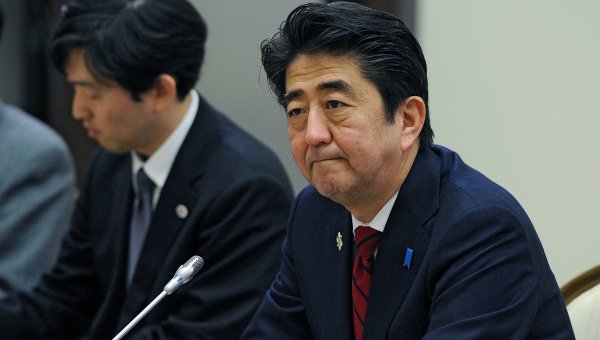 Japanese Prime Minister arrived on Monday in Kyrgyzstan in the framework of the tour to Central Asian countries. This is the first visit of Prime Minister of Japan in the country. The Japanese leader was escorted officials and business representatives. The delegation is composed of 36 heads of major private Japanese companies.

In particular, in the presence of the President of Kyrgyzstan and Prime Minister of Japan signed a grant agreement to provide funds of Japanese international cooperation Agency on the project of improvement of roads of international importance in Kyrgyzstan. We also signed an agreement on the allocation of Japanese grant to improve the equipment of the international airport “Manas” in Kyrgyzstan’s capital, as well as the statement on cooperation on information exchange related to money laundering and terrorism financing between the state service of Kyrgyzstan fireside and the financial intelligence centre under the national Commission on public security of Japan.

The parties also agreed that Japan in 2016 intends to allocate Kyrgyzstan $ 1.5 million on a grant basis for the implementation of joint projects for the delivery of Japanese machinery and equipment to Kyrgyzstan.

During the joint press statement of the Prime Minister of Japan noted that the two countries agreed on cooperation in three areas: assistance in building road and other infrastructures.

“For the industry in your country will use the Japanese type of technical education for training highly qualified specialists”, — said Abe.

In addition, to enhance mutual understanding between the two countries will set up learning Japanese language and sports exchanges, and exchanges in the field of Japanese martial arts.

For his part, President Atambayev noted that “the visit will go down in the history of Kyrgyz-Japanese relations”, according to him, between him and Abe “had a very constructive dialogue.”

“We have unity of views on the development of our relations. Between the lack of controversy and unresolved issues”.

The President also noted that “Japan is of particular importance in strengthening democratic institutions and the development of parliamentary democracy. From Japan to Kyrgyzstan is of great aid — grant, loan and technical. It is very important that after long years of the resumed yen loans,” said Atambayev.