SRS take the third place on political influence and on the General results of the Unified voting day on 13 September, said party leader Sergei Mironov. 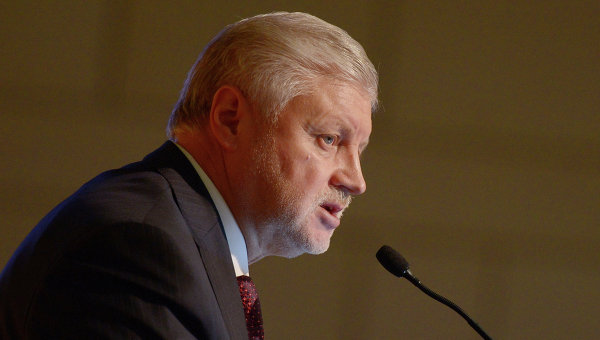 MOSCOW, 26 Jan. “Fair Russia” on results of uniform day of voting came back on the third place among all parties of Russia, said the leader eserov Sergey Mironov.

“The General results of uniform day of voting on 13 September 2015 and on the political influence of our party “Fair Russia” made a successful return to third place among all parties in Russia,” said Mironov at a meeting of the Central Council and the chamber of deputies WED.

On the single voting day in Russia’s regions passed almost 11 thousand regional and local elections. All were replaced by over 92 thousand mandates, the election campaign has gripped the region 84. Elections of senior officials were conducted in 23 subjects: in 21 of them are straight, two heads of regions elected legislative Assembly.