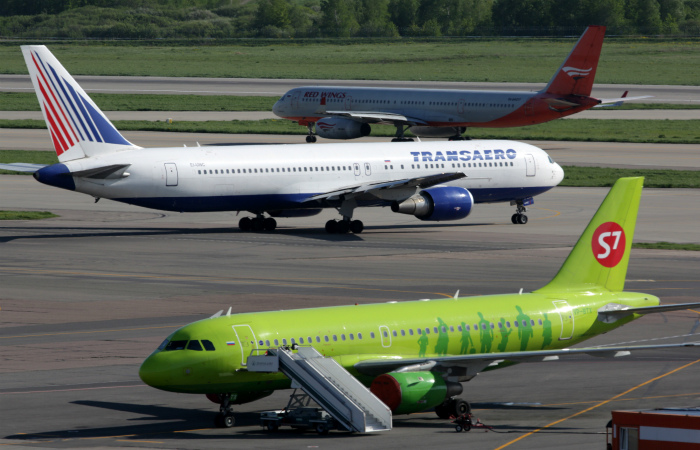 Moscow. October 22. Shareholders of airline “Siberia” (working under the brand S7) willing to give a portion of their shares in payment of commercial debt Transaero, said in an interview to “Kommersant” the co-owner of “Siberia” Vladislav Filev.

“We cannot afford to service the commercial debt, which is now at “Transaero”. But we are ready to give part of its shares in payment of a debt of commercial banks to earn profit for them so the shares were worth real money. There is only one key condition: we are not ready for what was our share in “Transaero” less control” – he said.

In an interview Filev did not explain the purpose of the acquisition of control in Transaero, whose certificate will be revoked on October 26, after the inspection of Federal air transport Agency.

Filev stressed that “Siberia” there are certain risks.

“Transaero’s a lot of debts. We offered to take in state banks VTB and VEB fleet of “Transaero” and promise that these aircraft will bring them positive cash flow. But we can’t promise that we will be able to earn enough to cover all costs of the banks,” said co-owner of “Siberia”.

He also noted that in this transaction the company expects support from VTB and VEB, as well as to the head of Rosteh Sergey Chemezov, “who always talked about the fact that in the country there should be several major airlines”.

As previously reported, the airline “Transaero” has accumulated excessive debts and having the fleet in September was in the verge of bankruptcy, forcing the state to look for options to save her. It was assumed that 75% + 1 share of the carrier will be sold to Aeroflot for 1 ruble, but shareholders “Transaero” were not able to consolidate the required stake. As a result “Aeroflot” has refused the offer, and statements of relevant officials was to ensure that the option of bankruptcy of the airline seems to be the only one possible.

However, on 20 October it became known that the owner of PJSC “Airline “Siberia” Filev has signed a purchase agreement for the husband of the former CEO and the co-owner of OJSC “AK “Transaero” Olga Pleshakov Alexander Pleshakova “not less than 51% of actions “Transaero”.