In Naberezhnye Chelny will discuss a draft new family of unmanned vehicles. The head of the Ministry of education and science Dmitry Livanov will show the existing sample unmanned vehicle. 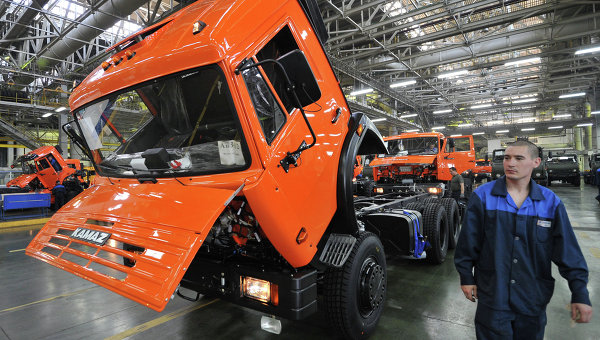 MOSCOW, 26 Jan. Minister of education and science of Russia Dmitry Livanov will take part in a demonstration sample of an unmanned KAMAZ in Naberezhnye Chelny, Tatarstan, the press service of the Ministry.

“On Monday, October 26, the Minister of education and science of the Russian Federation Dmitry Livanov will attend the scientific and technical center “KAMAZ” in Naberezhnye Chelny”, — stated in the message.

According to the press service, on the day scheduled for the meeting, which will discuss the implementation of a project to create a family of unmanned vehicles based on the chassis of KAMAZ and inspection of available sample unmanned vehicle.

Installation of equipment on the first unmanned KAMAZ ended in early may of this year. At the present time, professionals began setting up and training of the car to different driving modes. In the trial — about ten versions of the movement, including a remote control mode, the driving mode on a given route, the movement in the column and others.

According to the press service, the work on the project “Autorobot” is conducted in three directions. First, the creation of intelligent assistants to the driver, which could slow the car in case of emergency and implement adaptive cruise control. The second direction is creation of machines with a remote control. The third system allows the machine to operate in the autopilot mode, when the driver has a need to escape for a while from the freight car, the official website of “KAMAZ”.