The conservative party “Law and justice”, leading to elections, has a negative Outlook on relations with Russia, said the Deputy of the state Duma Vasily Likhachev. However, the state Duma is ready to work with the Seimas of the vector of parliamentary diplomacy. 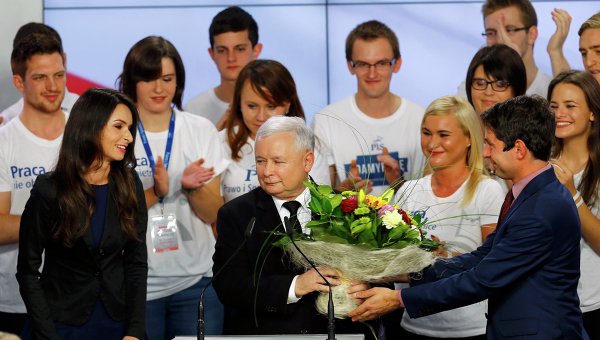 MOSCOW, 26 Jan. Russian state Duma deputies are ready to work with colleagues from the Polish Parliament both in the bilateral format and on the platforms of international parliamentary organizations, said the member of the Duma Committee on CIS Affairs, member of the international Affairs Vasily Likhachev, commenting on the results of the recent parliamentary elections in Poland on Sunday.

In the elections to the Sejm (lower house of Parliament) surely wins the conservative party “Law and justice” the former Prime Minister Jaroslaw Kaczynski, which can form a single-party government, according to the exit poll IPSOS. They were published in Warsaw immediately after the polls close.

On Monday the President’s press Secretary Dmitry Peskov said that Russia regrets that relations with Warsaw are “not in the best shape”, Moscow calls for mutually beneficial cooperation, but “not be forced”.

Likhachev noted that Russia has always respected the national sovereignty of Poland and its history. “We are really ready, including parliaments, the vector of parliamentary diplomacy to work with their Polish colleagues, both in the bilateral mode, and on the platforms of international parliamentary organizations”, — said Likhachev.

“The party that came to power certainly has a negative view of relations with the Russian Federation, on Polish-Soviet relations. But I want to emphasize that with this Polish negative is impossible today to live, keeping in mind the challenges and threats of the 21st century that surround and crush the national sovereignty of any state, including Poland,” added Likhachev.

In his view, the conservative party will face great difficulty in overcoming this negativity.

In the Sejm of Poland, according to IPSOS, also being a new liberal party Ryszard Petru “Modern Poland” — 7,1%, the Polish peasant party gaining 5.2 per cent (leader — Janusz Pehochinsky). All other political parties, according to the study, are necessary to overcome the barrier and are held in the Seimas.