The world trade organization believes that the implementation of the Agreement on trade facilitation will reduce trade costs on average by 14.3% and export revenues are expected to amount to 1 trillion dollars a year. 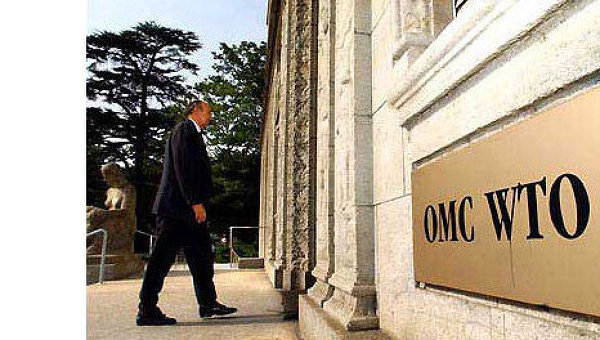 GENEVA, 26 Oct. The world trade organization (WTO) calls on member countries to ratify and start to implement the provisions of the Agreement on simplification of trade regime, which can lead to growth of global GDP by 0.5%, said at a press conference, WTO Director-General Roberto azevêdo.

“Full implementation of the Agreement on trade facilitation will reduce trade costs on average by 14.3%. This will have a significant impact on the global economy. In addition, export revenues are expected to amount to 1 trillion dollars a year… It will be a great stimulus for the global economy,” he said.

The WTO Director General noted that in the coming months is not expected to increase the number of countries that ratify the Agreement. However, he expressed the hope that ratification by all countries will occur “as soon as possible”. At the moment the document is ratified by 50 countries of the 161 member of the WTO.

Azevedo stressed that the implementation of the Agreement will be “a huge step forward in global economic cooperation”.

On Monday, the WTO has presented in Geneva a new Report on trade in the world in 2015. The document is the first global study on the impact on the world economy the implementation of the Agreement on trade facilitation adopted at konferentsii the WTO in Bali in 2013. In the report, in particular, specifies that the Agreement will reduce trade costs on average by 14.3%, which is much more than can bring the reduction of all trade tariffs around the world. It is also anticipated growth of global exports by 3.6 trillion dollars and the annual increase in the growth of developing economies by 0.9% and exports by 3.5%. Thus, from the implementation of the Agreement are most likely to benefit developing countries, conclude the experts of the WTO.