The aircraft was detained by the lessor in tel Aviv, for export of passengers “Yakutia” has written to the backup aircraft. The time delay was 28 hours. 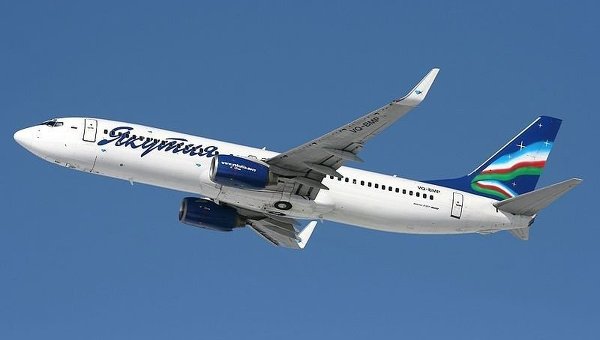 KHABAROVSK, 26 Oct. Airline “Yakutia” has completed a flight from tel Aviv Yafo to Krasnodar with a delay of more than a day due to the fact that her plane on Saturday was arrested by the lessor, according to the website of the airline.

It is noted that passengers were taken on another boat on Monday. The total delay was 28 hours.

According to her, negotiations are underway with the European lessor Aercap.

“Airline “Yakutia”, formed today recognizing the debt owed to Aercap, coupled with the macroeconomic situation and the existing limitations in the industry, notes that the amount of debt to the lessor is comparable with the Deposit formed in accordance with the terms of the existing contract. Currently the airline “Yakutia” we are in talks with Aercap to reach an agreement for joint decision, another meeting will be held on Tuesday in Moscow”, — stated in the message.

The carrier apologized to its passengers for the inconvenience.