JSC “Federal freight” took first place in the rating “Expert-Ural TOP-400” by the end of 2014 among transport companies of the Sverdlovsk region, according to a press release from the company. 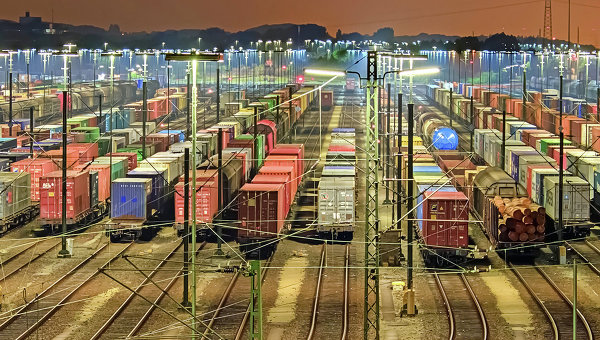 MOSCOW, 27 Oct./strong>. JSC “Federal freight” took first place in the rating “Expert-Ural TOP-400” by the end of 2014 among transport companies of the Sverdlovsk region, according to a press release from the company.

The annual ranking of the largest companies of the Urals and Western Siberia “Expert-Ural TOP-400” made by analytical center “Expert-Ural” on the basis of the methodology developed by rating Agency “Expert RA”. Along with JSC “Federal freight”, transport of the Sverdlovsk region in the ranking was represented by LLC “Gazprom Transgaz Ekaterinburg”, the airline “Ural airlines”, international airport “Koltsovo” and other companies. Their place in the ranking was determined by the consolidated revenues from sales of products, goods or services in 2014.

As noted by the Deputy General Director of JSC “Federal freight” Mikhail Sharin, the results again confirmed the leadership status of JSC “FGC” in the market of transport and logistics services in the region.

“Given the current market situation and taking into account changes in the needs and requests of customers — increased demands to the quality of the rolling stock, the timetable for the submission of cars of JSC “FGC” in the conditions of economic instability and reduce gruzopodyemnye continues to work on improving customer focus and improving the interaction between Companies and consumers,” he said.

According to the results of 2013 JSC “Federal freight” also took first place among transport companies of the Sverdlovsk region in the rating of the analytical center “Expert-Ural”, recalled in the company.

“Federal freight company” (subsidiary of JSC “RZD”) since 2010, is one of the largest cargo rail operators in Russia. The principal activity of the company is providing rolling stock for transportation, and the provision of freight forwarding services. Car Park FFC has 136,5 thousand units of rolling stock.