The company is exposed to market, so when the whole market drops 40%, “GAZ Group” will inevitably fall too, albeit not as significantly, said the Director of the division “Light commercial vehicles” GAZ Group “” Paul Sereda. 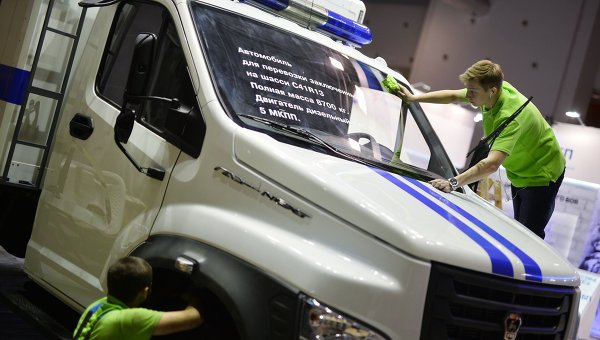 “The whole market and all competitors fall by 40%, we’re going down by 20%. Naturally, we are exposed to the negative effects of the market, like everyone else. But due to the fact that we are falling slower than the rest, this suggests that we are increasing our share. Fifty percent — that was our share in the past year, this year will be 54-55%,” he said, adding that this year “we will reach a volume of 62 thousand cars in the production and sale”.

According to him, the company is preparing for the fact that “the market will continue to fall in Russia.” In this case, he noted, “GAZ Group” intends “to continue aggressively attack competitors new products to its stake to increase to 60-70%”.

Sereda also said that based on the situation on the market of “GAZ Group” to download your capacity focuses on the export program. In particular, according to him, in 2016 it is planned to increase export sales by 20%. He did not specify how many cars are exported now, referring to the fact that the year is not over yet. “But the results are good,” said the Director of the division.

In early September, the press service of the company informed that “GAZ Group” expects to reduce its sales of light commercial vehicles in Russia in 2015 to 42-44 thousand cars, which is equivalent to a reduction of 25-28,6% in annual terms.

GAZ group is Russia’s largest manufacturer of commercial vehicles, is a part of industrial group “Basic Element” Oleg Deripaska. The company comprises 13 plants in 8 regions of Russia, occupies more than 50% of the light commercial vehicles segment and about 75% of the buses segment. The headquarters of the company is located in Nizhny Novgorod.