According to the auction, the December futures for gold on the new York stock exchange Comex rose in price to 1166,50 dollars per Troy ounce on the anticipation by investors of the announcement of the decision of the U.S. Federal reserve at the base rate. 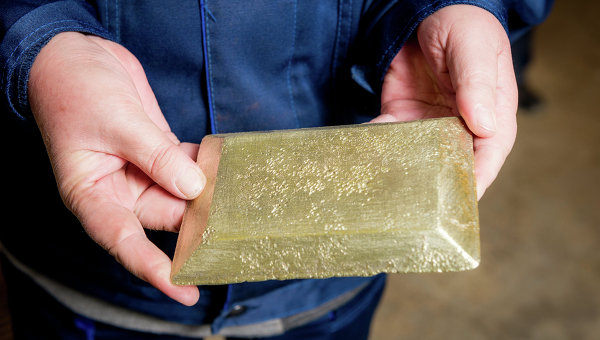 MOSCOW, 27 Jan. Gold prices are rising moderately on Tuesday on the expectation by investors the decision was announced by the fed at the basic rate, according to AFP.

The next fed meeting takes place on October 27-28. Analysts disagree about whether it will maintain the controller base rate at its lowest level.

Most investors expect the fed will keep rates unchanged, but some believe that the regulator will report on the strengthening of the U.S. economy and readiness to begin raising rates in the coming months. Higher interest rates are expected to put pressure on gold prices.

According to a strategist at INTL FC Stone Edward Meir (Edward Meir), the price of gold will be stable at least until the announcement of the fed decision and the release of data on U.S. GDP for the third quarter.

“Both of these variables will likely clarify the intentions of the fed regarding when the regulator plans to raise rates, which, in turn, has short-term impact on the price of gold. At the moment, we remain neutral on the market, we see no compelling reason to take a position with one or the other side,” he told the newspaper The Wall Street Journal.