The Yuzhno-Kirinskoye field, developed by Gazprom, hit by foreign sanctions. The Ministry notes that the field will be used in complex technological solutions. 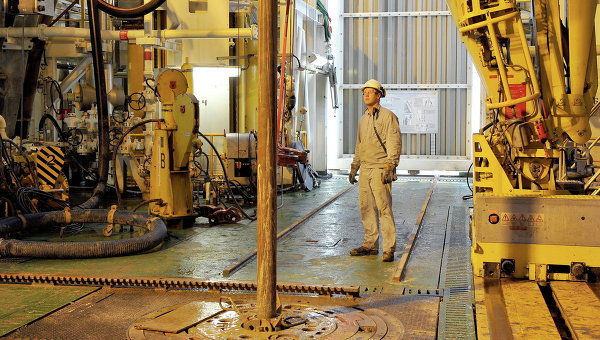 MOSCOW, 27 Jan. Ministry of environment asks for reduced rate of mineral extraction tax for sanctioned the Yuzhno-Kirinskoye field on Sakhalin, which develops “Gazprom”, the newspaper “Vedomosti” with reference to the copy of the letter from the Ministry.

To effectively develop the Yuzhno-Kirinskoye field, the gas produced should be subject to the tax on mineral extraction (met) at a reduced rate. A letter with this position of state Secretary, Deputy Minister of natural resources Svetlana Radchenko sent to the Ministry of Finance on October 23. The Ministry confirmed it.

“The Yuzhno-Kirinskoye field is a very important object needed to implement the third phase of the LNG project “Sakhalin-2″. Given the fact that this is the only field mentioned in the sanctions list, and the development will be used rather complicated technological solutions, it is important for us to support the company. We believe this decision is justified,” he told Vedomosti through the representative of the Minister of natural resources Sergey Donskoy.

Gas reserves at the Yuzhno-Kirinskoye field — 706,1 billion cubic meters and 110,6 million tons of condensate. For the term development (40 years) it is planned to produce 570 billion cubic meters of gas, 86,57 million tons of condensate. The Deposit is located in the sea of Okhotsk at 51 degrees, that is, belongs to the second category of complexity of offshore projects to which to apply the 15% tax rate. In early October the head of “Gazprom” Alexey Miller appealed to the head of the government Dmitry Medvedev with a request to provide for the Yuzhno-Kirinskoye field benefits similar offshore projects.

In early August, once again the United States expanded sectoral sanctions against the Russian economy, including in the list of objects and the Yuzhno-Kirinskoye field.

Western countries since March 2014 has several times imposed sanctions because of Russia’s position on Ukraine. In July, the U.S. once again has expanded its list.