The charge on account of compensation of harm, caused to public roads, with the owners of heavy vehicles does not take into account the specificity of agricultural production, said Deputy Chairman of state Duma Committee on agrarian issues Hope Shkolkina. 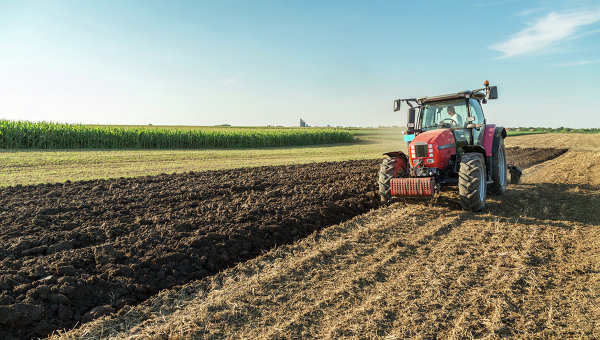 MOSCOW, 27 Jan. Deputy Chairman of state Duma Committee on agrarian issues Hope Shkolkina (“United Russia”) has written to the Chairman of RF government Dmitry Medvedev the letter in which asks to introduce a moratorium on the charging of fees in respect of damage to public roads, with owners of large trucks.

From 15 November 2015 comes into force the norm, according to which for passage of trucks with a permissible weight of over 12 tons on Federal highways of General use will be charged on account of compensation of harm caused to roads, $ 3.73 per one ruble per kilometer of distance traveled. Additional charges will lead to higher costs for cargo transportation in average by 10-12%, which will inevitably affect the increase in retail prices, primarily for socially important goods, says Shkolkina.

Besides, currently the situation is worsening and came into force the rules governing the movement by road of heavy and large trucks transporting dangerous goods. So, now the shipper pays a fine in the amount up to 500 thousand rubles for exceeding the permissible weight or the permissible axle loads of the vehicle.

“This norm does not take into account the specificity of agricultural production, where in the field to determine the actual mass of the vehicle during the loading of grain and industrial crops, in accordance with established regulations, is not possible. This is especially true in autumn, when due to high humidity the mass of the load may increase from 10% to 25% while maintaining constant the volume of the goods”, — explained the problem Shkolkina journalists.

That is, farmers initially face risks to fall under the penalties, sometimes many times the cost of the transported goods, adds the Deputy of the state Duma.

Therefore, Shkolkina asks Medvedev to exclude motor vehicles for the transport of goods by farmers from the list of vehicles equipped with tachographs, as well as a moratorium on fees in compensation for damage to roads by heavy trucks greater than 12 tonnes. The Deputy also asked during the moratorium in the test mode in one region of Russia to reduce the size of the penalty for noncompliance with requirements for allowable axle load of the vehicle during the seasonal field works.