The parties agreed about attraction of investments, cooperation between the Federal migration service and the interior Ministry of Serbia, the mutual protection of intellectual property during bilateral military-technical cooperation. 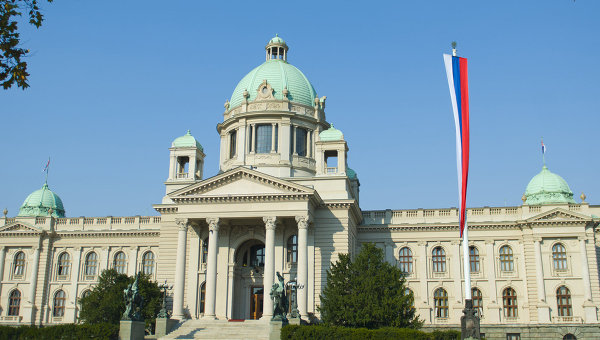 MOSCOW, 27 Jan. Russia and Serbia signed the Memorandum between the Federal service for military-technical cooperation of the Russian Federation and the Ministry of defence of the Republic of Serbia. Their signatures under the document representatives of States set following Russian-Serbian talks, which were held in Moscow with participation of the Prime Ministers of the two countries.

Just following the talks, Dmitry Medvedev and Aleksandar Vucic signed eight documents. Including memoranda of understanding between the governments of Russia and Serbia in the field of economic cooperation, attraction of investments and implementation of joint projects on cooperation between the Federal migration service and the Ministry of internal Affairs of Serbia on cooperation in combating new psychoactive substances.

In addition, the head of the Federal service for intellectual property, Grigory Ivliev and the Minister of defense of Serbia Bratislav gasic has signed an intergovernmental agreement on mutual protection of intellectual property during bilateral military-technical cooperation.

Other signed documents related to the cooperation between Russian and Serbian Railways, in the field of youth policy and the business environment.