The Tribunal discontinued the proceedings in bankruptcy “of Muscovy” by the signing of a settlement agreement with FLC, but the airline had violated the repayment schedule, then the agreement was terminated. 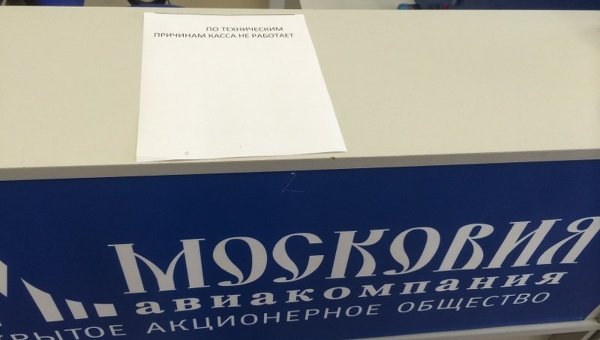 MOSCOW, 27 Jan. The arbitration court of the Moscow region on Tuesday declared bankrupt airline “Moskovia” and has opened concerning it competitive manufacture, the information on the website of the court. Other details are not reported.

A claimant in bankruptcy has acted as open society “the Financial leasing company” that provided the airline’s planes in leasing. The duty of “Muscovy” in front of FLC, according to the time of filing of the bankruptcy petition in June 2012, was more than 94 million rubles.

Arbitration in April 2014 discontinued the proceedings in the bankruptcy of the airline on application by FLC in connection with the signing of a settlement agreement, according to which “Moskovia” has pledged to repay its debts to its two available at that time creditors — FLC and Breakfast CAE Centre Stockholm AB (15 million roubles) until the end of November 2017. Till the end of July 2014, the debtor promised to repay the debt to the Swedish company and partially in front of FLC.

However in August 2014, a statement about the bankruptcy of “Muscovy” in the court appealed Sberbank, which the carrier owed more than 120 million rubles. The court in December recognized the reasonable requirements of the savings Bank and put into “Muscovy” observation. After the resumption of the proceeding at the request of FLK arbitration combined the two bankruptcy cases in one proceeding.

Rosaviatsia a year earlier, according to the statement the General Director “Moskovia” suspended the certificate of the operator of the carrier due to financial problems. The airline “Moskovia” (airline LII named after M. M. Gromov) was founded in 1995 on the basis of FSUE “Flight research Institute named after M. M. Gromov”. At the end of January 2008 the airline was officially renamed to JSC “Airline Moskovia”. The airline carried out regular and Charter flights for passengers and cargoes to cities of Russia and countries of Europe, Asia and Africa through the airport “Domodedovo”.