The Industrial Park project in Grozny is estimated at 950 million roubles, including from the Federal budget will allocate 260 million rubles, said Ramzan Kadyrov. 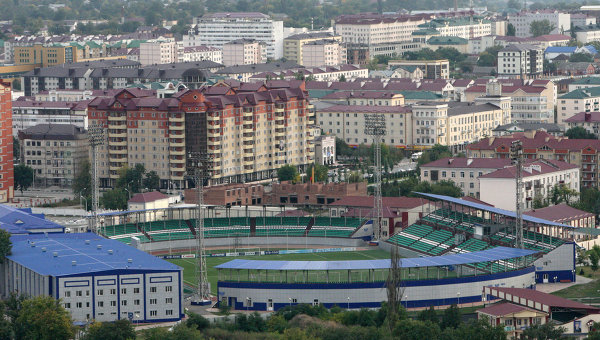 IVAN. 27 Oct./strong>. The creation of the first Industrial Park for the production of building materials valued at about one billion rubles, began in Chechnya, said the head of the Republic Ramzan Kadyrov.

“The project is estimated at 950 million rubles. One for infrastructure and a railway branch from the Federal budget will allocate 260 million rubles. The remaining funds will invest residents,” he wrote on his page in Instagram Kadyrov.

The head of the region noted that the industrial Park will become a modern industrial complex with prepared engineering and transport infrastructure.

“The total construction area of about fourteen hectares. Five residents have already started to work. Interest and also shows the Korean firm. Now brought communications — water, gas, electricity, clearing and ground levelling. The project implementation period — 2015 – 2016. The Park is being built on the territory completely destroyed during the war, the factory of concrete” — wrote Kadyrov.

Investment project is being implemented in Grozny at the initiative of the Ministry of economic, territorial development and trade of Chechnya. The appearance of the Industrial Park will create more than 200 jobs.