Terminal for production and transshipment of liquefied natural gas on the territory of port “Vysotsk” will increase the number of jobs in the region and increase tax revenues to the budgets, said the head of the Leningrad region Alexander Drozdenko. 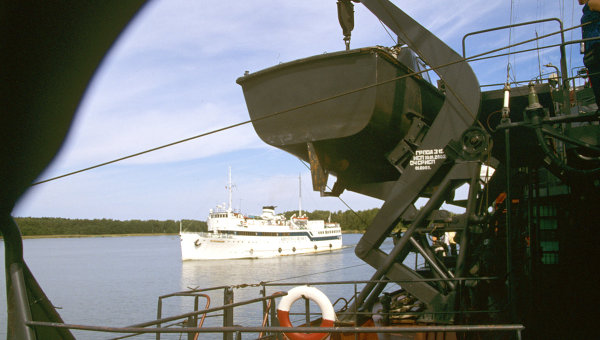 St. PETERSBURG, 26 Jan. Company ZAO “kriogaz” in the beginning of 2016 plans to begin construction of a terminal for production and transshipment of liquefied natural gas on the territory of port “Vysotsk”, reported the press service of the regional government.

“It’s important for the Leningrad region the project is scheduled for early 2016. The terminal will give positive results for the region — increase in jobs, tax revenues to budgets. About 700 thousand tons of gas will be exported. We welcome the decision of “Gazprombank” on support of the project and also ready to assist, in particular, on the procedure of the transfer of land in the industrial category,” said the head of the Leningrad region Alexander Drozdenko on a dedicated project meeting with the company management.

First Vice President of Gazprombank, which is the investor of the project, Yaroslav Golko said that between the investor and the government of the Leningrad region for constructive dialogue. “All approvals, decisions are operational, and problems do not exist,” he said. According to the program, in February the company plans to begin construction of the terminal.

Following the meeting the decision on development and coordination of the project implementation schedule.

The company “kriogaz” sells in Vysotsk (the Vyborg district of the Leningrad region) the project on construction of a terminal for production and transshipment of liquefied natural gas (LNG) on the territory of port “Vysotsk”. The terminal capacity will reach 660 million tons of LNG per year. Also, the project includes the construction of a gas lateral from the main gas pipeline “Leningrad — Vyborg — state Border”.

The project of the terminal will create 100-120 jobs. The period of construction taking into account the preparatory period will last about 3-4 years (2015 to 2018). Investor of the project is JSC “Gazprombank”, the volume of investments is about 50 billion rubles.

Currently, the company carries out design and survey works on the land plots for placement of the terminal and the gas pipeline branch.