The potential of the CIS has not been exhausted and in the current situation in the post-Soviet space will be increasingly in demand, said Minister of foreign Affairs of Belarus Vladimir Makei. 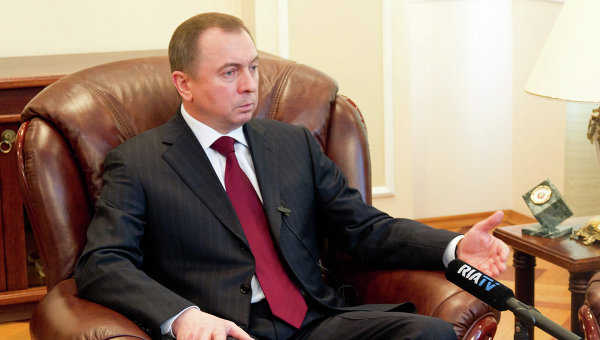 MOSCOW, 27 Jan. The Eurasian economic Union (EEU) is not a competitor of the CIS, said Deputy foreign Minister of Belarus Vladimir Makei at the joint meeting of the Collegium of the MFA of Russia and Belarus.

“It is critically important not to lose the basic guidelines, the fundamental purpose and principles of our integration Association, to prevent the rollback of member States to protectionism, to move decisively to the formation of coordinated industrial potential, the implementation of import substitution programmes, to ensure equal access to public procurement. I would like to emphasize that the EAEU is not a competitor of CIS. In this regard, with some apprehension perceived more and more frequent are not always informed critical evaluation to the Commonwealth on the eve of its 25th anniversary which we will celebrate next year,” said Mackay.

According to him, the parties proceed from the fact that the CIS potential is not exhausted, but “in the emerging post-Soviet conditions will be increasingly in demand”.

“This is exactly the case when it is necessary here and now to talk about the pairing, and not about competition,” he added.