The holding company will be called “Uzpahtasanoat”, it will include three specialized associations. It is planned that creation of the holding will increase product quality and attract investments. 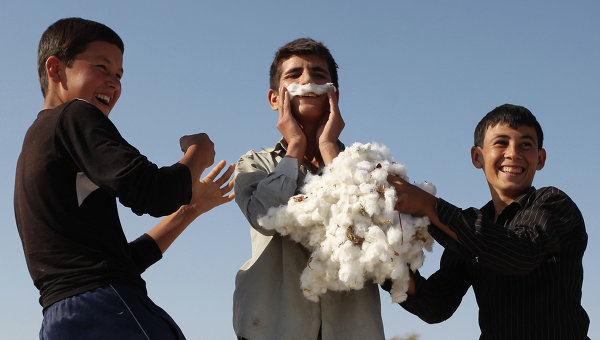 TASHKENT, 27 Oct. Holding company for receiving, processing and export of cotton fiber “Uzpahtasanoat” (“Uzkhlopkopromsbyt”) will be created in Uzbekistan, follows from the decree of the President Islam Karimov, unveiled Tuesday in the local press.

The new holding company is created based on the requirements of the world market, improve the quality and competitiveness of cotton and oil products, as well as the wide attraction of investments, including foreign, for modernization, technical and technological re-equipment of the cotton gin and oil companies, follows from the document.

The initial authorized capital of the holding will be created through property given to the Association “uzhlopkoprom”, as well as the transfer of 100% stakes in three created in its composition associations.

In the last 10 years domestic consumption of cotton fibre in the country increased from 15% to 40%. According to the International Advisory cotton Committee (ICAC), Uzbekistan in the season of 2015-2016 will retain its stake of 7%, or about 550 thousand tons, the global volume of exports. The main buyers of Uzbek cotton continues to be Bangladesh (29%), China (26%), Korea (7%) and Iran (5%).