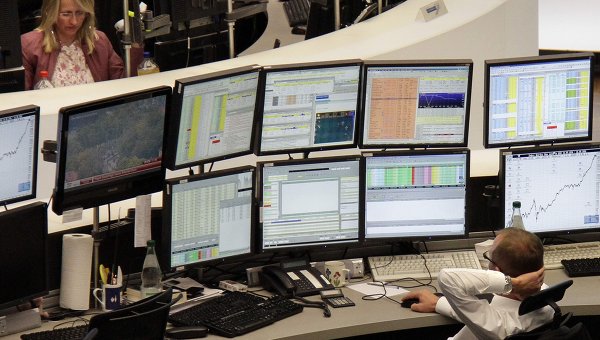 MOSCOW, 28 Oct. Major stock indexes in Europe in the early hours of trading on Wednesday showing a slight positive trend in pending the results of the two-day U.S. Federal reserve meeting, according to AFP.

The fed will announce its decision on the base rate on Wednesday. In General, investors expect that the regulator will keep the base rate at its lowest level and will postpone the tightening of monetary policy in 2016. The market hopes to see hints of dates first since 2006 base rate increase.

Participants drew attention to the macroeconomic statistics from Germany. So, the research company Gfk reported that the consumer confidence index for the German economy for November was 9.4 points against 9.6 points in October, which has completely justified forecasts of analysts.

Not spared markets and corporate reporting of the company. So, the largest European automobile concern Volkswagen Group has reported that profit after tax in the first 9 months of 2015 decreased by 54.1% compared to the same period last year — up to 3.99 billion euros. In the third quarter, the company incurred a loss after taxation in the amount of 1,67 billion euros against a profit of 2.97 billion euros a year earlier. Media noted that this is the first quarterly loss in 15 years, but after this report the company’s shares on the stock exchange in Frankfurt add about 3% to 109,55 euros.

At the same time, the British banking group Lloyds Banking Group, one of the largest in the country, announced that for the first 9 months of 2015 she made a profit of $ 1,615 billion pounds (2.47 billion dollars), which is 16% higher than during the reporting period a year earlier.