To give a possibility for commercial entities to put to Georgia natural gas, said the Minister of energy of Georgia Kakha Kaladze. 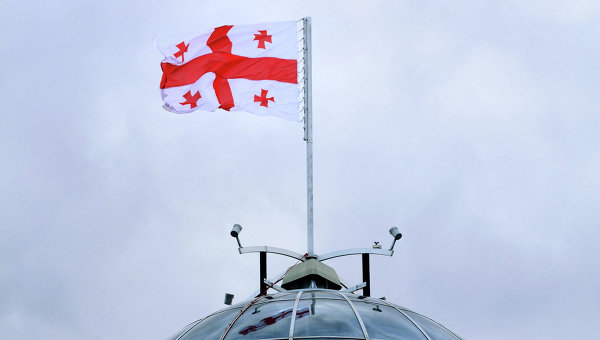 TBILISI, 28 Oct. Magee Kikaleyshvili. Georgian energy Minister Kakha Kaladze told the details held on the days of the meeting with the head of Gazprom Alexei Miller, and said that the main topic of discussion was the possibility of increasing gas supplies.

“Held another working meeting in Italy. Still pending, no final decision, negotiations are underway. We are talking about increasing transit and therefore we want to get more profit and to enable commercial structures to supply Georgia with natural gas,” — said Kaladze journalists before the government meeting on Wednesday.

The Minister also added that the Georgian side considers Iran as a possible gas supplier and in mid-November he will be sent back for negotiations.

On Monday, Gazprom announced that in Milan was held a meeting Kaladze and Miller. As noted in the message, the meeting continued consideration of the issues of transit of Russian gas through the territory of Georgia and its commercial shipments.

In September Kaladze after the meeting with the representative of “Gazprom” allowed the possibility of increasing the volume of Russian gas supplies if Georgia will offer a cost that can compete with supplies from Azerbaijan. However, these negotiations sharply criticized representatives of the Georgian opposition and some media. The Georgian opposition has systematically organized the protest action with a demand to stop the negotiations of the Georgian government with “Gazprom” and the President Giorgi Margvelashvili requires to consider this issue at the government meeting.

The main importer of gas to Georgia is Azerbaijan. Currently supplies to Georgia of Russian gas are carried out only in the form of payment for transit to Armenia, for which the country remains 10% of the total supply. In 2014 “Gazprom” has put to Georgia with 300 million cubic meters of gas.