This agreement has great potential for the Israeli economy, and for countries within the Customs Union, said the member of the government of Israel ze’ev Elkin. 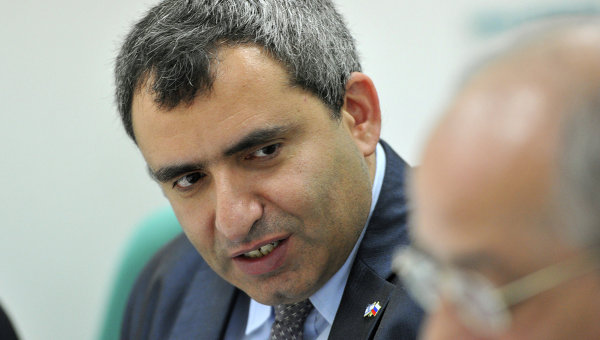 TEL AVIV, 28 Oct. Israel expects at the beginning of 2016 to engage in formal negotiations and for about two years to reach agreement on the establishment of a free trade zone with the Eurasian economic Union, said Deputy Chairman of the Russian-Israeli intergovernmental Commission, a member of the government of Israel ze’ev Elkin.

The decision to launch the negotiation process with Israel the leaders of the five States of the EAEU — Russia, Armenia, Belarus, Kazakhstan and Kyrgyzstan, approved October 16, at the summit in the Kazakh village of Burabay.

“We offer the Russian side at the beginning of 2016 to start negotiations and conduct at least two rounds of negotiations in 2016. It is difficult to predict in advance the exact time of reaching agreement. It depends on many complex issues. Usually, at a normal pace if to work, for two, two-something years to sign a similar agreement,” said Elkin, answering questions from Russian news agencies.

“We will do everything to have it as soon as possible. We believe it has great potential for the Israeli economy, and for countries within the Customs Union (EEU). I believe that there is no reason to delay this,” he added.

The decision to start formal negotiations on the results of a long work of experts — joint research group, which has concluded that the feasibility of establishing a free trade area. For Israel, the effect is expected in the growth of trade with the States of the Eurasian economic Union is 6-8%, previously announced participants in the process. For Russia it will be not so great — “at the level of tenths of a cent”, but experts hope that the integration will improve the quality of its economic relations with Israel, intensifying the investment process and the transfer of technology.

Elkin, combining the posts of Minister of aliyah (Jewish immigration to Israel and adaptation of immigrants) held the position of Minister for Jerusalem Affairs, will on Wednesday attend the annual meeting of the Russian-Israeli intergovernmental Commission, which this time is going in Moscow.