Russia should enter the top 50 in the Doing Business ranking, said first Deputy Prime Minister Igor Shuvalov. He noted that many of the reforms undertaken by the government, considered by the world Bank. 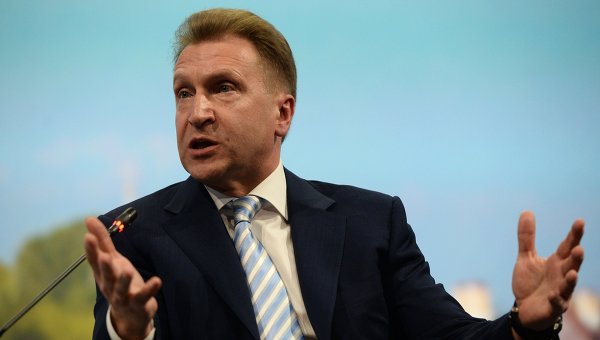 NOVO-Ogarevo, 28 Oct. Russia has not fulfilled the plan, ranking in the Doing Business ranking-world Bank 2016 only 51 seats, the government expects the following to improve the ranking indicators of the country, said first Deputy Prime Minister Igor Shuvalov at the meeting of the President with members of the government.

Tuesday was published the rating of world Bank doing business, where Russia took the 51st place, improving its position over the past year.

“By the indicators that you defined for the government in 2015, we were supposed to be in 50 States that are affected by this counting system. We have slightly under achieved this indicator — 51st place”,- said Shuvalov.

In his opinion, many of the reforms undertaken by the government, considered by the world Bank. “And Russia is among the 12 countries, which spent more than four reforms. Russia during this period has held five of reforms and noted that in some areas we have made significant progress in including connection to electric networks, administration of taxation, business registration and other activities”, he added.

However, he noted that in some areas where the Russian reforms are considered and actively worked, some country partners have been working better than the RF. Shuvalov highlighted in this context, such indicators as the provision of foreign trade turnover, in which the data of the Russian Federation has deteriorated. In his opinion, this is due to two factors: changes in the methodology and system of payment of fees is required at registration and promotion of goods both for export and import.

“Overall, we are working actively with the world Bank. This work is ongoing and not a session and the execution of our road map for entrepreneurial initiative, when all our plans are for 2016, it is hoped that these indicators will significantly improve”,- concluded the first Vice Premier.