Technology parks and technopolises important topics that attract private investment, said the mayor of Moscow Sergey Sobyanin. According to him, today signed an agreement on construction of two parks worth up to 25 billion rubles. 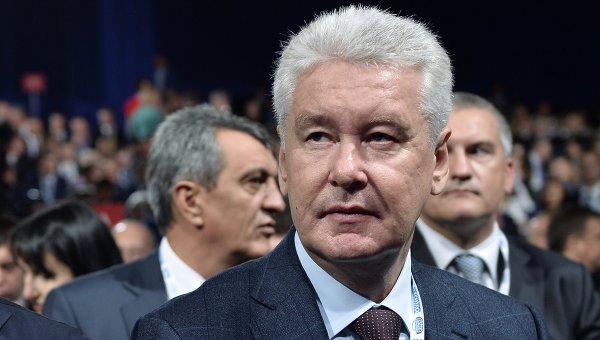 MOSCOW, 28 Oct. Technoparks and science parks are one of the drivers of the Russian economy, despite the crisis, said on Wednesday Moscow mayor Sergei Sobyanin at the forum “Open innovations”.

“Today was signed the agreement on construction of two more parks worth up to 25 billion rubles. So, despite the crisis, despite costs and problems, technology parks and science parks are one of the growth drivers of today’s economy and attract private investment”, — said Sobyanin.

He stressed that the forum “Open innovation” is not only a review of the Russian innovation systems, infrastructure, and review of the city of Moscow. “I think that Moscow ranks first in the world in the potential of our city, — said the mayor. — Of course, depends on the talent of two-thirds of success in the field of innovation, but nevertheless important and an appropriate support infrastructure development. Moscow from year to year, from forum to forum moving forward to this area, and if at the last forum we had five full of technoparks and technopolises, now nineteen, and sixteen thousand of young active people working on these platforms.”

The mayor stressed the importance of not only the state invests in the creation of these marketplaces, but also private investors that support and control the majority of the platforms.

Sobyanin said that during the forum was presented the “Agency of innovations of Moscow” and the Moscow open innovations portal where you can find the entire infrastructure of Moscow, which provides innovative needs of the city and the country.

“Certainly, a city like Moscow, or indeed of any other modern city can not do without innovation. Without innovation in energy, in education, in healthcare, in the management of the city and the forum “Open innovation” helps to make another step in this direction”, — concluded the mayor.