The energy industry is challenged to Refine also the turbine 25 MW and 65 MW, said the first Deputy Minister of energy of the Russian Federation Alexey Teksler. 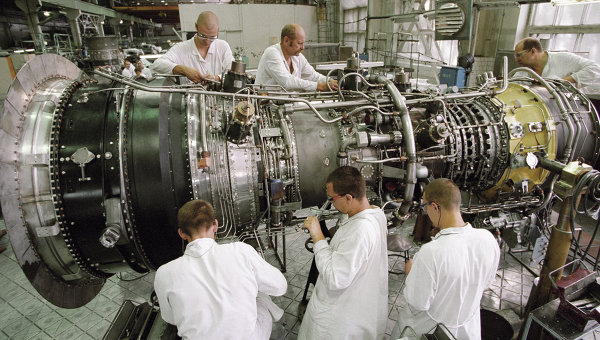 MOSCOW, 27 Jan. The Ministry of energy expects that the revision of the Russian turbines with a capacity of 110 MW for power plants will be completed within one and a half years, said in an interview with first Deputy Minister of energy of the Russian Federation Alexey Teksler.

“We with colleagues from the Ministry of industry and trade established a working group, following its work on the basis of JSC “all-Russian thermotechnical Institute” as the parent organization was organized by the competence Centre of power engineering in the field of gas turbine technology. Our colleagues will finalize the turbine capacity of 110 MW in accordance with the required parameters and quality. We believe that in approximately the next year and a half this work should be completed,” said Teksler.

Also, according to him, the task is to rework a smaller turbine — 25 MW (the plant “Perm motors” United engine Corporation “Rostec”) and 65 MW (Power machines).

In the Russian Federation currently operates six turbines 110 MW, produced by NPO Saturn, part of UEC, but they require further development and industrial production not adjusted.

In April, Deputy General Director of UEC — head of division “Energy and industrial programs,” Sergei Mikhailov reported that the experimental-industrial sample of a gas turbine with improved performance of the GTD-110M — it is planned to create by the fourth quarter of 2017.