It is 29% lower than the same indicator a year earlier. In the third quarter, the company reported a net loss of 1.05 billion kroner. 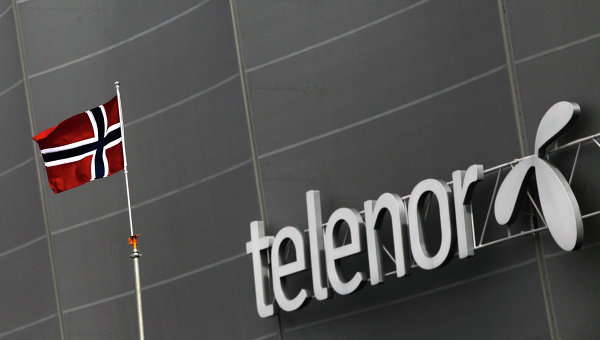 MOSCOW, 28 Oct. Net profit of Norwegian Telecom giant Telenor in the first 9 months of this year totaled 8,096 billion Norwegian kroner ($955 million), which is 29% lower than the same indicator a year ago, reported the company.

In 2015, the company expects organic revenue growth of approximately 5%.

Telenor, which is a shareholder of the Telecom holding company Vimpelcom Ltd. (owns the Russian “VimpelCom”), in early October announced its intention to sell its stake in the company, thus completing a long history of investing in Russia.

The Norwegian holding Telenor works on the market of telecommunication services in Scandinavia, Central and Eastern Europe, Asia. He is currently one of the major shareholders of Vimpelcom Ltd. — the parent company of the Russian OJSC “VimpelCom” (brand “Beeline”). VimpelCom is one of the largest telecommunication operators in Russia. The company provides Internet access, fixed telephony, pay-TV throughout the territory of the Russian Federation and in some CIS countries.