MOSCOW, October 28. Russian airlines transported more than 96% of passengers with tickets of “Transaero”. Left to carry another 80 thousand people. About this informed the head of “Federal Agency of air transport” (Federal air transport Agency) Alexander Neradko at the opening of the situational centre for the staff of “Transaero” on employment.

“Currently, more than 96% of these passengers were transported by Aeroflot and other airlines belonging to the group “Aeroflot”, as well as a small quantity carried by individual airlines. Left translate quite a bit – about 80 thousand passengers,” he said. 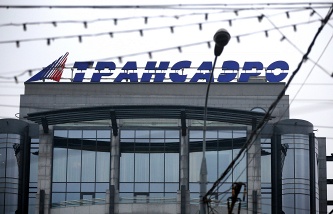 The Aeroflot group will employ more than 6 thousand employees “Transaero”

The General Director “Transaero” it is appointed Valery Zaitsev

Speaking about prospective employment of pilots “Transaero”, Neradko did not exclude the possibility of their transfer to foreign airlines, including from Asia. However, he stressed that this will be a personal decision of each airline.

“Our pilots, and not only Transaero, from time to time trying to get a job in a foreign company. This is purely an individual decision for each”, – said Neradko.

The head of the Russian Federal air transport Agency also said that he sees no prerequisites to reduce the pilots and flight attendants in Russia. According to him, the cuts could affect administrative and managerial staff.

“The volume of passenger traffic in the current year have not decreased compared with last year. So it requires the same number of aircraft. I do not see any preconditions for a sharp reduction of the quantitative composition of flight crews, cabin crews. This mostly concerns administrative and managerial staff,” he explained.

On 1 October the government decided on bankruptcy of the carrier. The company has stopped sale of tickets. The Federal air transport Agency on the results of the inspection of Transaero airlines, despite the desire of the co-owner Vladislav Fileva, S7 Group to buy a controlling stake in the company, decided to revoke the certificate of the operator “Transaero” since October 26. 56 international routes, the carrier agreed to transmit the group of “Aeroflot”.

In mid-October, Alfa-Bank and Sberbank filed lawsuits on bankruptcy “Transaero”. October 27 it became known that the Gazprombank also intends to address in court with the statement for bankruptcy of airline “Transaero”.