The initiative is directed on consideration to the state Duma. The changes provide for the transition of the Ulyanovsk region in another time zone and translate the time forward one hour. Previously more than half of the region’s residents supported the planned changes. 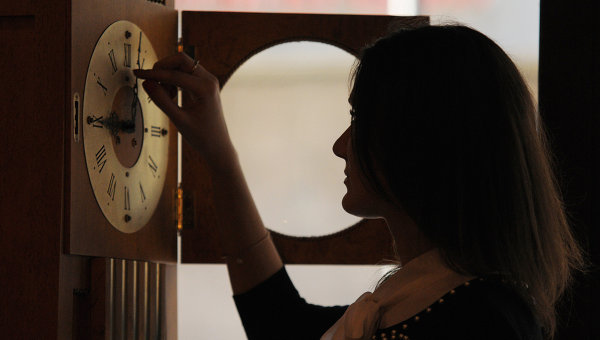 SAMARA, 29 Oct. Deputies of legislative Assembly of the Ulyanovsk region approved the initiative on the local time forward one hour, the document will be forwarded for consideration to the State Duma, have informed in a press-service of regional Parliament.

Prior to 1989, Ulyanovsk region were in a different time zone (GMT+1). According to the head of region Sergey Morozova, in the interview part of the local residents expressed that the transition to the Moscow time has a negative impact on health, because the former was better adapted to the biorhythm of the body. Other area residents believe that the change in time zone will create inconvenience for business people, for those whose work involves travel.

“Today at the session of the Duma on the initiative was considered. The meeting was attended by 30 members. By majority vote it was approved,” — said the Agency interlocutor.

According to the press service, after consideration by the legislative Assembly the document will be sent to the state Duma of the Russian Federation. The initiators of the amendments to the Federal law “About computation of time” were the representatives of the faction “United Russia” with the support of the Governor of region Sergey Morozov. The changes provide for the transition of the Ulyanovsk region in another time zone and translate the time forward one hour.

As informed earlier, the Governor of the region Sergey Morozov, previously in the field were surveyed on the topic of time zone changes. About 50% of residents were in favour of the transfer switches. About a quarter of respondents believe that in case of departure from Moscow time to shift the arrow should be two hours (GMT+2). The remaining quarter of respondents offers to stay with the time set.

Time zone (GMT+1) acts on today in two regions of Russia — Samara region and the Republic of Udmurtia. Unofficially, this time zone is called “the Samara time”. Earlier deputies of the Saratov and Astrakhan regions argued for a hands on hour ahead of Moscow time.