Revenue of the largest German Bank Deutsche Bank for the third quarter of 2015 in annual terms decreased by 7%, as stated in the company’s financial statements. 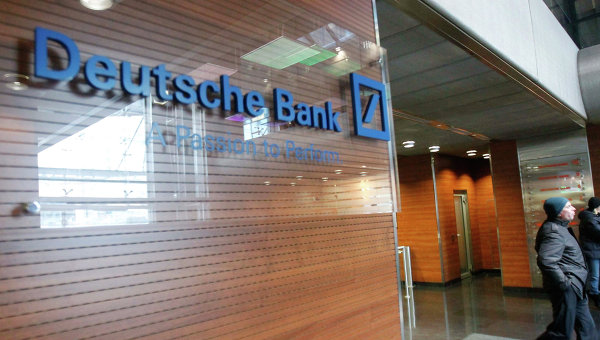 Revenue of the Bank during the reporting period has reached to 7.33 billion euros, a decrease of 7% in annual terms.

The net loss of Deutsche Bank in the first 9 months of 2015 reached 4.6 billion euros against a profit of 1.25 billion euros a year earlier. Revenues were $ 26,88 billion euros, 11% more than the same period last year.

“In the third quarter we incurred a record net loss. This is an extremely disappointing result because of the positions about which we spoke in October” — presented in reporting the words of one of the leaders of the company John Criana (John Cryan).

In particular, the release States that the effect of special items in the third quarter amounted to 7.6 billion euros. Thus, the revenues Deutsche Bank suffered write-off the value of its stake in Hua Xia Bank for € 649 million. Another 7 billion euros the Bank lost on the impairment of goodwill and other intangible assets in the amount of 5,8 billion euros and court costs 1.2 billion euros.

Deutsche Bank — the largest by assets Bank of Germany, founded in 1870. In Russia the Bank has been operating since 1881.